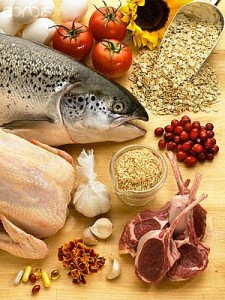 Visit The Website That Everyone’s Talking About . The Only Fish Oils That Contain Over 90% EPA As Recommended By Prof: B Puri The Leading MRI specialist, who One Of The Largest Drug Companies Tried To Have Killed Because When You Take Fish Oil That Contains 90% EPA the Depression Is Stopped . Coming Soon Here At MUN We Will Be Telling You The Full Story Behind EPA At 90% No DHA. Go To Mind 1ST Website and Read How You Can Be Free Of Depression And Mood Swings.

19 Healthy Foods You should Pack Into Your Diet

This dark Brazilian superberry is found to have one of the highest antioxidant levels of any fruit in the world. Dark colored berries have been known for their health benefits because of their Anthocynins (Vascular pigments) which give the acai its color. These belong to a group of molecules called flavonoids. Well, twelve additional flavonoids were found according to the Portuguese book “Açaí: Preparo, Composição e Melhoramento de Conservação” (Schauss et al. 2006a). It also contains a rich amount of phytosterol which may reduce blood cholesterol. In a 2006 University of Florida study, the Acai berry destroyed cultured human cancer cells. Acai is increasing in popularity and can now be found in smoothies, juices, and other products. But in order to get the most from the berry, it is best to buy a product that has been freeze-dried and prepared naturally.

Another high antioxidant super fruit, the pomegranate, makes many guest appearances in Greek mythology. It contains high amounts of vitamin B5, and potassium. It also contains punicalagians which scavenge free-radicals. The pomegranate seed juice has been shown to reduce the risk of heart disease, the seed oil was effective in the proliferation of breast cancer cells in vitro, and may slow the development of prostate and colon cancer. Drinking 8oz of 100% pure pomegranate juice a day is the most effective way to gain the benefits from the fruit.

This veggie has a reputation of being a good source of iron. But in 1937, it was found that the iron levels were high for a vegetable but significantly lower than once thought. Popeye the Sailor’s favourite food is still high in vitamins K (which maintains bone health), A, C and magnesium. It is also a good source of several antioxidants. Spinach may also be good for your brain. Some studies show that it may protect the brain from oxidative stress and may reduce the effects of age related brain decline.

As a part of the cabbage family, broccoli has many potent cancer fighting nutrients. This mighty green veggie is usually boiled or steamed and possesses high amounts of selenium, vitamin C and soluble fibre. Studies have found that boiling broccoli for more than 10 minutes may strip it of nutrients. However, the same studies found that steaming, microwaving, and stir-frying will not rob the plant of its cancer fighting compounds.

This root plant is widely used in juices and soups. It is a monster in the ‘vitamin A league’ packing an amazing 686% of the daily recommended value for 1 cup (122grams) of carrots. The carotenoids found in foods like carrots have been shown to lower blood sugar and promote colon health.

Another fruit that can lower your risk of cancer and heart disease is the blueberry. Along with being high in vitamin C and potassium, blueberries are anti-inflammatory. Studies have also found that eating wild blueberries may slow down the effects of aging.

This tropical fruit that grows in hanging bunches, is grown in over 107 countries. Bananas are packed with vitamins and minerals but because of its remarkable potassium content, doctors recommend it for patients with high blood pressure or low potassium. Another member of the banana family, the plantain, has a slightly higher vitamin and mineral content when cooked but is equal in fibre and protein.

This powerfully nutritious fruit named after a village in Italy has immense health benefits. Cantaloupes have 112% the daily recommended vitamin C and 103% recommended vitamin A. This extremely high amount of vitamin A is great for your vision health. The combination of B complexes also makes it a good energy source.

A member of the onion family, garlic is grown year round and has been used throughout history for culinary and medicinal purposes. Commonly known for warding off vampires in European folklore, this root crop packs a punch against some serious conditions. It has been well documented that the compounds of garlic have boost hydrogen sulphide to relax the arteries. It can also help prevent strokes, heart attacks, and limit cancer growth according to a 2007 University of Alabama study. Garlic is now found in supplement forms but researchers are finding great benefits of aged and fresh garlic as opposed to processed.

The germ in wheat germ has nothing to do with bacteria but with the germination. It is one of the most nutritious foods you can get your hands on and has more vitamins and minerals per ounce than any other fruit or vegetable on the planet. With over 23 nutrients, the benefits of consuming wheat germ in some form seem endless. It is also commonly used by athletes and bodybuilders for its muscle growing potential. The many people who feel as though they are obtaining the benefits of this food by eating bread are mistaken. Flour that has had the germ removed is commonly used to make white and most wheat breads. It is most likely better to buy wheat germ and add it to pancakes, cereal, muffins, and other foods.

This herb which is drunk after steeping in hot water, is the second most commonly drunk beverage in the world. Tea has been used in Asia and India for thousands of years and is now being highly marketed in the western world. Green and black teas are well known for their high antioxidants. Tea has been known to normalize blood pressure and help prevent cardiovascular disease and diabetes by lowering blood-glucose activity. It also has anti-carcinogenic, anti-mutagenic and anti-tumor properties. If that isn’t enough for you, early lab test show that green tea may beneficial against bone inflammation related to arthritis and cartilage breakdown.

When you take a bite out of that burger you might be thinking that you are getting your daily greens from the lettuce between those buns. Actually, lettuce is only as nutritious as drinking a glass of water. To get the most out of your greens you should partake in some or the darker members of the Brassica family. Collard greens and kale are both high in calcium and beta-carotene. The 3,3′-Diindolylmethane found in these veggies has been found to modulate the innate immune response system in the body. They also contain Sulforaphane that prompts the liver to produce enzymes that help detoxifies cancer causing chemicals.

Beans and other Legumes

This family includes peas, lentils, soy nut, chickpeas, and lima beans. Although many tend to avoid or neglect eating legumes, studies show that eating four or more servings a week can make a difference in your health. A Nurse’s Health Study in 2006 showed that eating four or more serving per week as opposed to less than one lowered the chance of heart disease by 22 percent.

This hard skinned root vegetable has a sweet taste and has also been used in the past for making certain types of medicine. Beets are rich in folate and B vitamins which are essential for tissue growth. It is recommended that women who are pregnant consume high amounts of folate for the spine development of the infant. The blood pressure reducing power of beet juice is unbelievable! The American Heart Association journal Hypertension showed a reduction in high blood pressure of volunteers in just 1 hr after drinking 500mls of beet juice! The reduction was more pronounced as time went on and lasted up to 24 hrs.

One of the oldest vegetables know to man, onions have been used in a variety of ways through the ages. Along with garlic, onions have a side effect of halitosis (bad breath) but the advantage of eating it outweighs that derivative (at least for you). In research that used data from Italian and Swiss cancer, studies showed the cancer preventing possibilities of onions. The study found that those who consumed more onions per week protected against 7 different types of cancer. Onions also have been shown to have anti-inflammatory and anti-bacterial activity as well as lowering blood sugar.

This vine fruit has been a staple in American and Canadian Thanksgiving for hundreds of years. Now researchers are studying the health benefits of the little vine berry and finding that it may deserve to be called a superfruit. Cranberries are excellent for digestive health and are high in antioxidants like its dark berry brothers. But there may be another unexpected advantage of cranberries. It contains a chemical compound that can inhibit and even reverse plaque which can lead to tooth decay. It’s harder now to find 100% cranberry juice. Most are a part of a cocktail because of cranberries’ tart taste. Most supermarket brands stock cranberry mixed with apple, pineapple, grape, and other juices.

Sometimes known as the Chinese apple, oranges originated from Southeast Asia. It is well renowned for its very high vitamin C content. Oranges also contain high dietary fiber and folate. Many people believe that taking vitamin C supplements or drinking sugared drinks fortified with vitamin C has the same health benefits as drinking orange juice. A recent Italian study proves otherwise. Subjects were give three drinks to consume. Blood-orange juice, fortified vitamin C water, and sugar water. Then blood samples were taken and exposed to hydrogen peroxide. The subjects who drank the orange juice showed 18% less damage to DNA after 3 hours. Those who drank the fortified drink and sugar water showed no protection against DNA damage.

This fruit with a smooth and creamy flesh is grown widely throughout Central and South America. Avocados have higher fiber content than any other fruit and are packed with 60% more potassium than bananas. Avocados also help lower cholesterol and have been known to lower low-density lipoprotein (bad fat) and raise high-density lipoprotein (good fat). You really need to get your hands on this fruit. Try spreading it over bread, bagels, and crackers instead of butter and cream cheese.

Studies are being conducted to find out more about this Mediterranean perennial thistle. We know about its phytonutrients which can lower cholesterol as a part of a healthy diet. There have also been discoveries about the antioxidant contained in this food. Artichoke extract may have a protective effect on liver cells and may reduce symptoms of irritable bowel syndrome.