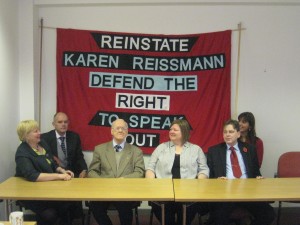 They assembled in the NUJ offices in Manchester exactly one year since Karen was sacked by Manchester’s Mental Health Trust for speaking out about cuts and privatisation of services. Her employment Tribunal for unfair dismissal will be heard in Manchester on 26 th January 2009. Since her dismissal Karen has been elected onto UNISON’s national executive.

Mark Steel, comedian said “Karen and her supporters clearly had the interests of patients at heart, whilst the Trust had the interest of saving money. So obviously Karen Reissmann is the hero and the Trust the villain, but somehow in modern Britain the people in charge can decide its the other way round. 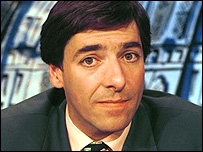 Graham Pink, a retired nurse from Stockport who was himself unfairly dismissed for speaking out about care of the elderly 18 years ago said  “I am appalled that nearly 2 decades after my case this unacceptable treatment could be inflicted on a caring nurse.” 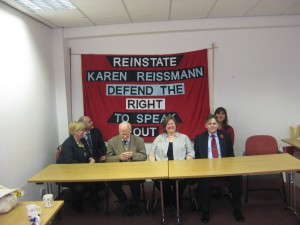 All With One Aim “Justice For Karen”