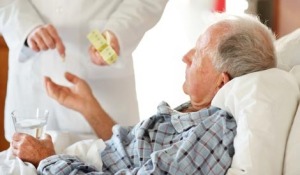 It is a scenario we should all dread, for whatever your circumstances today, nobody can predict tomorrow.

Rumours are rife that there will be no appeal system when the new benefit rules are put in place. Currently anyone denied benefits by the Department of Work and Pensions (DWP) can appeal the decision at a tribunal, indeed over 67% of cases appealed are won. This would suggest that the DWP is wrong two thirds of the time when assessing benefit claims – a quite shocking statistic.

Imagine if two thirds of income tax demands were wrong or two thirds of court judgements turned out to be incorrect? Claimants groups have long since believed these results are no accident. Successive governments have tried to discourage claims by making the process ever more difficult. The form for claiming income support was 9 pages long in 1987; today it runs to 72 pages! However, we are about to move the goalposts again only this time off the pitch altogether!

If rumours are correct, anyone denied benefits of any kind from April 2013 will have no right of appeal. It is claimed that the appeals process is too expensive to run. There are already some absolutely shocking and proven tales of woe within the system particularly surrounding illness. A Glasgow man was sent for a medical examination by the DWP in November 2009, he died of a heart attack actually in the building where the examination took place moments after leaving the examination room. His bereaved family received a letter on the day before his funeral stating that the man had been declared ‘fit for work’ and his benefits were thus withdrawn! Then we had the Wolverhampton man who was declared fit for work in January 2010, he got his letter on the same day his hospital specialist told him he had terminal cancer of the bowel and a matter of weeks to live!

These medicals are conducted by American based company ATOS. ATOS refuse to divulge the details of their contract with the DWP but ex-employees have admitted they are paid bonuses to find people fit to work. The final decision is in theory not theirs, but DWP decision makers are duty bound to accept ATOS staff recommendations. From 2013 the final arbiter in practice will be an employee who is to be paid to find a claimant ‘fit’. The claimants own GP’s report is secondary to that of the ATOS examiner.

Now, many people will greet this news with horror but significant and increasing numbers of people appear to welcome any moves to curtail UK benefit payments. Influenced by stories of benefit cheats in every newspaper in Britain, people seem to view every claimant as guilty until proven innocent. Nobody claims benefit cheats do not exist and on the face of it the figures are alarming. It is calculated that between 7 and 9 million pounds A WEEK is ‘fiddled’ from the benefits system. But then the government admits that around 17 million pounds a week which could be claimed is not claimed.

There is also a massive anomaly when it comes to detecting theft from Government bodies. VAT frauds for example cost the Exchequer at least £700 million a year, yet whilst teams dedicated to detecting benefit fraud number over 3,000 and have a budget of £577m, teams dedicated to detecting VAT fraud, which costs the nation twice as much in lost revenue, number fewer than 800 with a budget of £291m a year? And tracing Income Tax evaders who cost us a whopping £2 BILLION a year are fewer than 700 staff, with a budget of less than £265m.

The people who keep your taxes high most are businessmen who avoid paying their dues NOT benefit claimants. But of course benefit claimants are an easy target, they’ve no fancy lawyers or fancy accountants, no offshore bank accounts or trust funds, even the Government admits 89% of claimants are perfectly genuine but still it seeks to cut their number year on year, whatever the prevailing economic climate.

If the appeals system is removed, the concept of a social security system will be lost forever. We will return to the days when civil servants with a limited budget can decide on a whim whether to help somebody or not. It is a scenario we should all dread, for whatever your circumstances today, nobody can predict tomorrow.