War of the wards in Manchester’s mental health service 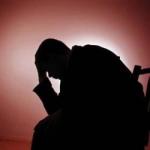 Awful stenches, overcrowded dormitories and under-staffed wards – it was an era that staff in Manchester’s mental health service thought was long gone.

However, just a few years after a state-of-the-art mental health centre had been built in the heart of the city, staff fear they face the possibility of such times returning.

It was revealed last year that Manchester Mental Health and Social Care Trust bosses wanted the Edale House psychiatric unit near the Manchester Royal Infirmary to be closed down.

Trust bosses wanted to save £1.7m a year by moving the unit’s 82 beds to the Park House unit near North Manchester General.

The modern custom-built facility at Edale is a dedicated unit for in-patients with acute mental health problems, and was part of the private finance initiative that revitalised the city’s hospitals. The strategic health authority gave the trust £16m for the unit.

Each patient at Edale currently has a single room to themselves, but squeezing more patients into Crumpsall could mean a return to shared dormitories.

The move is seen by many as purely a cost-cutting exercise, and now ward staff, who are forbidden from talking to the media, have broken the silence to warn that such a move could prove catastrophic for the ward.

“It’s going to be absolute chaos,” said one staff nurse, who wishes to remain anonymous. “There will be extra patients on the ward but no staff to cover it.

“We’re going to have over 100 acute beds in one building. I can’t imagine what’s going to happen when an alarm goes off.

The Edale unit hit the headlines last month for different reasons, when a coroner ruled that the death of a mental health patient found lifeless on the ward in April last year was ‘wholly preventable’.

The inquest jury into the death of voluntary in-patient Peter Thompson returned a verdict of ‘death by misadventure contributed to by neglect.’

“It will just put an extra strain on our system. You’re just constantly stressed and there is already a massive blame culture existent.”

Staff also fear that shared dormitories could severely affect a patients’ treatment and recovery. One anonymous support worker claims that having simple visual blocks in shared dormitories, separating patients, would do nothing to aid a patient’s state of mind.

They said: “Sometimes patients who get seriously ill and stressed need just to go and spend time in their room on their own and relax. If they’ve got nowhere to do this and no private space, you’re taking that ability away from them.

The move to the north of the city may also spell problems for patients used to the amenities of centralManchester, as well as the possibility of being further away from friends and family.

“You want to encourage patients not to be isolated, but they’re going to be far away from familes, friends and areas that they know. It will be a mental and financial strain. “Mental health has always been a neglected issue. If it was a children’s ward or related to cancer, then people and communities would get behind it.

“Despite what the trust are saying about this move being good for the patients, it’s not, and everyone knows that. It’s a scandal really.”

Another support worker, who no longer works in mental health, has slammed the proposal. They said: “The dormitories in the old ward were awful, and everyone said that. You had to hold your breath at the stench.

“They got rid of overcrowding because they said it was a bad idea, and now because of money they’re going back to it.”

Last month Manchester Central Mp Tony Lloyd voiced his concerns over the relocation in theWestminsterdebates, and a month earlier raised the issue in the House of Commons. He still feels however, that adequate answers have not been forthcoming.

A passionate Mr Lloyd said: “If the information given to me is correct then it is a scandal, and that is why I will keep pushing for answers.

“Even Paul Burstow [Minister of State for Care Services] refused to meet me, saying he was too busy, which is disgraceful.

“Cutting costs is fine, but not at the expense of proper care. I need reassurances that this is not just a cost-cutting exercise.

“It is very frustrating, and when people do not give me straightforward answers it unfortunately leads me to believe the worst.”

Manchester Mental Health and Social Care Trust have defended their decision to relocate Edale, but acknowledged that bedroom arrangements will be different.

A spokesperson said: “The Trust has carefully considered the four-bedded bedrooms that will be in place with service users, carers and clinical inpatient staff who have been involved in the design plans.

“In our opinion, these bedrooms are not dormitory-style rooms and each bed has three walls and a curtained front to enable privacy and dignity.

“Our overall aim is to provide the best clinical care in the most appropriate environment to ensure patients recover quickly and rejoin their own communities.”

Such answers may not impress staff, despite claims from the trust that service users will benefit from an improved environment.

“It’s really hard to get the true picture across to people who don’t know what it’s like,” said the staff nurse.

“If you don’t work there, you just don’t know the true extent of the damage it’s going to do.”

In a tough environment, it is quite clear that nobody but people on the ward will have a true idea of what the changes will mean for themselves and patients.

In a stigmatised part of the NHS, it is vital that the views of those dealing with the mentally ill every day are heard, amidst any media constraints put on them.