Suicide rates among people with mental illness in England and Wales have fallen over the last decade, latest figures show. 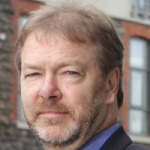 The 2011 Annual Report published today (Tuesday, 19 July) by The University of Manchester’s National Confidential Inquiry (NCI) into Suicide and Homicide by People with Mental Illness reveals:

The NCI reported a slight increase in patient suicide rates in England between 2007 and 2008 but the study’s authors say the long-term trend is still downwards.

Patient suicide rates in Scotland also fell in the latest year – from a high of 6.0 suicides per 100,000 of the population in 2007 to 5.0 in 2008 – but the authors say that suicide rates have remained relatively stable over the decade.

Alcohol and drug dependence among patients – defined as individuals that have had contact with mental health services in the 12 months prior to death – were significantly greater in Scotland than in England and Wales, as they were in suicides among the general population.

The publication of the NCI Annual Report, which also examines homicide rates by people with mental illness in England, Wales and Scotland, coincides with the launch of the government proposals to consult on the Suicide Prevention Strategy for England. The NCI provides data on patient deaths to the strategy.

Professor Louis Appleby, NCI Director and the Government’s National Clinical Director for Health and Criminal Justice, said: “We have seen a welcome improvement in patient safety over the last decade, particularly among patients in in-patient care and for those patients who are reluctant to accept treatment. However, every suicide is a tragedy and we must continue to be vigilant and improve safety for individuals in mental health care.

Report By  University of Manchester Copyright :-