Concerns for our farmers

The Parliament is now one week into the October recess which coincides with the school holidays and it’s been a busy period lately with the Spending Review announced by the Scottish Government and the remainder of the year is likely to focus on the budget and the implications it will have for services across Scotland. 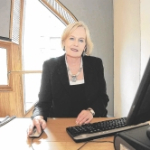 Just before recess I was selected to ask a question at Rural Affairs question time and took the opportunity to raise the issue of by-products from distilleries being used to produce renewable energy rather than being sold to farmers as a protein rich animal feed.

While it is right that we look at ways of producing more energy from renewable sources I have had several concerns raised with me about the shortage of draff and distillers grains for farmers, which will inevitably raise the costs associated with feeding them.

As we head into the winter months after a particularly wet and disappointing autumn for the farmers to complete the harvest they will be looking at purchasing feeds for the winter rations, including those from distillery by products.

I was reassured by the Minister that the Scottish Government are looking at this issue as they too want to promote more renewable energy but have concerns for livestock farmers.

In Ross-shire we have top quality livestock producers so hopefully they and the distilleries can both continue to work with each other through any changes which may occur.

I’ve spoken in a range of debates in the last few months on a variety of different subjects and it is amazing how many times briefings for these debates or points made during speeches relate to mental health.

This is an area I have taken a great deal of interest in since my election in 1999 as it affects so many people of all ages from all walks of life.

Given the priority successive governments have given to mental health over the years I was bitterly disappointed to find from a Freedom of Information request that some children can face a wait of up to three-and-a-half years before receiving treatment for mental health problems whilst the top waiting times for adult psychology, psychiatric treatment and cognitive behavioural therapies can also run into years.

The Scottish Government have set a target to reduce mental health waiting times for children to twenty-six weeks by March 2013 but in the NHS Highland area there are some children waiting for up to seventy weeks.

Finally we have now seen the three main UK parties meet for their annual conferences and apart from a few gaffes, most notably the Labour Leader Ed Milliband’s inability to name all the candidates to become leader of the Scottish Labour Party, they passed with little notice.

However in the Highlands we hold our own conference that this year attracted members from Orkney to Argyll to the North Kessock Hall for our fourth very successful Scottish Conservative Highlands and Islands Conference.

As part of the conference we were also the first area to have a leadership hustings in the election to succeed Annabel Goldie. We have four excellent and varied candidates who were able to speak directly to members in the Highlands and be questioned at length on their own plans.

Only after seeing all four candidates at this conference did I make my final decision on who to support and my choice is Jackson Carlaw.

While some in the media have tried to paint a picture of fighting and discord amongst the party it has been refreshing to hear a range of ideas from all four candidates, some I agree with and some I don’t.

The main point is that for the first time every member in Scotland will have an equal vote in deciding the next leader. Therefore whoever wins the election on November 4 will be the leader of the entire party in Scotland and will be ready to take our policies to the public at the local council elections next year and beyond.