Manchester City Council has today released details of proposed cuts to social care services including those provided by 59 voluntary and community sector organisations. 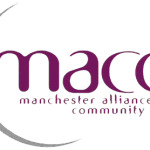 Mike Wild, Director of Manchester Alliance for Community Care, said “People all across Manchester will feel the impact of these cuts – not just those who use the services but the carers and family members for whom they are a vital and trusted source of support. Many of the people supported by these services are invisible to mainstream society: unless you have seen for yourself what difference these services make to people’s lives it can be hard to understand how important they are.

“We know that the City Council does not want to be in the position of making these cuts and we do not argue that the voluntary and community sector should be immune from cuts in public spending. Our overriding concern is for the people who rely on these services. Charities are there simply to provide support to people and bring about change. In many ways the most fundamental job of a charity is to strive not to be needed any more. But this is not about not being needed, this is about a basic lack of public money. While we may dispute some of the priorities and the processes by which specific decisions have been reached, we recognise that this situation is ultimately due to the massive reduction in the Council budget imposed by Central Government. It was all too inevitable that cuts to services would follow and the impact would be felt by local people.

“Over the last few weeks I have been speaking to voluntary and community sector organisations who stand on the brink of losing services they have carefully built up through years of hard work. There are many staff and volunteers whose knowledge, skills and dedication may now be lost to the local community. We will do all we can to help them cope, rebuild and renew.

“The voluntary sector doesn’t give up easily. Every one of the organisations faced with cuts will do its absolute utmost to make sure that the people they support will not be abandoned.

“We urge Manchester City Council to work with their partners in the local voluntary and community sector to do everything possible to minimise the impact of these cuts.

“We would also encourage local people and local businesses to consider how they can support the efforts of voluntary and community organisations in these difficult times.”