Antidepressant and Sleeping Drugs 20% Increase Sign Of The Times

Use of antidepressants ‘is soaring’ 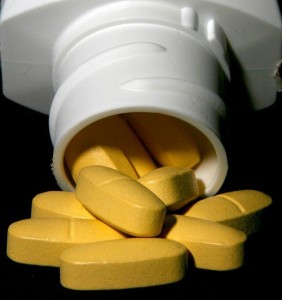 Prescriptions for drugs such as antidepressants and sleeping pills have jumped 20% in just three years, according to new figures.

Data from the NHS Information Centre shows antidepressant use alone rose 28% between 2007/08 and 2010/11 in England. Just under 34 million prescriptions were dispensed for antidepressants in 2007/08, rising to 43.4 million in 2010/11. The use of anti-anxiety drugs rose from just over six million to 6.5 million in the same period (an 8% jump), while prescriptions for sleeping pills rose 3% from around 9.9 million to 10.2 million.

Meanwhile, prescriptions for barbiturates, which promote sleep and reduce anxiety, have dropped 51% from just over 22,000 to just under 11,000. Across all these groups of drugs, there was a 20% rise in prescription items dispensed between 2007/08 and 2010/11.

Paul Farmer, chief executive of the mental health charity Mind, said there were several factors that could lead to increased prescription figures. “The tough economic times may have contributed to more people experiencing depression but improved awareness around mental health problems may also mean more people are seeking help for their problems, with doctors also getting better at spotting symptoms,” he said.

Mr Farmer said there was a a lack of access to talking treatments, such as counselling, in some parts of the country “which means doctors are left with little choice but to prescribe medication”. He added: “Last year Mind found that one in five people still have to wait over a year to access talking therapies.”

Depression is costing the country almost £11 billion a year in lost earnings, demands on the health service and in prescribing drugs to tackle the problem, according to The Independent. Research by the House of Commons found the cost to the NHS of treating the illness is put at more than £520 million a year. This figure is made up of £237 million for hospital care, £230 million for antidepressant drugs, £46 million for doctors’ time and £9 million for outpatients’ appointments.

It also said that people who are unable to work because of the illness lose £8.97 billion of potential earnings a year, while the loss of earnings from people who commit suicide is estimated to be a further £1.47 billion.