LONDON – A master-class on conflict resolution that was set to be given by an Israeli lecturer in Manchester next week was canceled by the British National Health Service, after trade union members who were to take part in the class objected to participating in a workshop with an Israeli expert.

Moty Cristal, an Israeli expert on negotiating skills and crisis-management, was to have taught a class entitled The Role of Negotiation in Dealing with Conflict, as part of a workshop on conflict resolution for health-trust managers and union officials. The workshop is being organized by Manchester Mental Trust, part of the NHS.

groups and human-rights organizations, and has lectured on his field on numerous occasions in Britain, including a lecture to the Muslim Council of Britain. Despite this, he received an e-mail on Friday from the company that organized the event, that Cristal’s expertise was no longer required, following pressure by members of UNISON, Britain’s largest trade union, which represents 1.3 million public service workers. The message said the class was being canceled “on the grounds that it is [the union’s] policy and also that of the Trades Union Council to support the Palestinian people.”

While the council has voted in the past against general boycott resolutions of Israel (while boycotting goods manufactured in West Bank settlements), the UNISON National Delegate Conference has repeatedly voted in favor of a general boycott, despite the recommendation of its national executive to “critically engage” instead with Israelis and Israeli organizations, including the Histadrut.

The lecture by Cristal had been organized and sponsored by the NHS, which is owned by the British government and does not boycott Israel in any way.

Senior UNISON officials who were contacted by Haaretz were unaware of the decision, indicating that it was most likely reached following pressure by local officials in Manchester. At last year’s UNISON conference, the Manchester Hospitals branch of the union demanded a boycott, with branch secretary Frances Kelly saying that “it is time all world organizations decided to boycott all Israeli institutions implicated in the occupation and its practices.”

Cristal responded to the cancelation by writing to Manchester Mental Trust chief executive Jackie Daniel, “In terms of your future bargaining position with UNISON, I believe that the last minute cancelation is perceived more of an appeasement toward UNISON, rather than a leadership call. Values-wise, unlike you, I am confident that the only way to resolve conflicts, let alone the Israeli-Palestinian one, is through effective communication and constructive dialogue, rather than violence or boycotts.”

The Israeli Embassy in London said in response that “the cancelation of a private expert simply due to his citizenship or ethnic identity is a racist policy in every way. What is even more shameful is the fact this was supposed to be an NHS-sponsored workshop dealing, ironically, with negotiating and conflict resolution. It seems that those who canceled it are in urgent need of such training.

In response, Kevan Nelson, the regional secretary of UNISON North West Region confirmed that “UNISON’s local representatives at the Manchester Mental Health & Social Care Trust did request that the decision to invite Mr Moti Cristal to facilitate a Partnership Workshop on 8th May 2012 be reversed.”

Explaining the decision, Nelson said, “It was considered that the decision to invite a prominent Israeli negotiator would be unacceptable given UNISON and TUC policy on the Middle East conflict, the irrelevance of the speaker to working relationships within a local NHS Trust and the inappropriateness of funding an international speaker at times of such austerity, when front line staff in the trust are at risk of redundancy.”

The NHS did not respond to requests for comments.

Copy: Courtesy of Haaretz.com, the online edition of Haaretz Newspaper in Israel 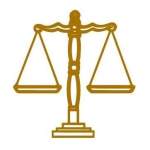 This morning Manchester Mental Health & Social Care Trust wrote to the MunReporter to ask that in the interest of fairness would we also publish the following statement. The MunReporter is happy to share this press release with its readership. :-

A Manchester Mental Health and Social Care Trust spokesperson said: “The purpose of the proposed event was to improve working relations between management and the Unions. Clearly, this aim would not have been achieved in the face of a Unison boycott, particularly as Professor Cristal was to be the only speaker. Therefore the Trust made the difficult yet pragmatic decision to cancel. This should not be taken as validation of Unison’s policy and we apologise if we have inadvertently caused offence.

“The Trust does not and would not support any discriminatory action taken on the basis of race or nationality as this would clearly be unlawful and contrary to the NHS Constitution.

“We have written to Professor Cristal to offer a full explanation and apologise for any offence caused to him personally.”