The myths surrounding contraception and sexual health are being busted through a new ‘teen diary’ initiative by Manchester’s sexual health experts.

The Diary of Hannah Scott is released to tie in with World Contraception Day today, the booklet charting a week in the fictional lives of 17-year-old Hannah and her friends.

Pete Smith, Sexual Health and Harm Reduction Specialist, is confident that the initiative can have a positive impact on Manchester’s teenagers.

He said: “Though this is a fun and informal way of getting our messages across, it also contains some really important information that will help young women to stay safe and make the right choices.

“We came up with this because we wanted to put it in a language that young women will understand and didn’t want to preach. 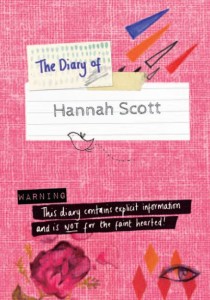 “Experience is the best teacher and by sharing Hannah’s fictional story we believe we can make a real difference.”

Hannah is described by Smith as ‘a typical 17-year-old who is trying to navigate her way through the minefield of myths and misconceptions about sexual health and contraception’.

The pamphlet sets a humorous tone through cultural references to the likes of Ugg Boots, The Only Way Is Essex and Hollyoaks, yet serious underlying sexual health messages are emphasised.

In the style of a day-to-day diary, the sexual issues surrounding Hannah and her friends are talked of from the 17-year-old’s point of view.

Over the course of five days, key issues surrounding young people’s sexuality are highlighted, with “true or false” factfiles providing teenage insight into the reality and myths of sex.

Megan McMahon, an 18-year-old student from Bury, praised the style and tone of the booklet.

“Because it is from a 17-year-old’s point of view rather than from the view of the people giving the advice you can relate to it.”

However Hannah McMahon, a 17-year-old Bury student, felt that the style hinted at a younger audience.

She said: “It might be a bit more appropriate for a 15-year-old audience.

“To me, it seemed a bit juvenile. But then again, its almost-cheesy style does make you remember it more.”

Dr Smith conceded that the publication was written in the knowledge that it is likely those below the age of consent would access it.

He said: “The law is quite clear that nobody under the age of 16 can consent to sex, but obviously we are aware that some people under that age do have sex.

“We would really like young women to read the resource, to hopefully enjoy it, but also really just to take away that message about the different choices that are available and out there.

“Basically, we just want to empower young women with information because we think that knowledge is power, and that’s the way people can stay safe and stay healthy.”

The UK has the highest teenage birth and abortion rates in Western Europe, with 17,916 women aged under-18 undergoing an abortion in England and Wales in 2009 alone.