“Men are expected to be strong, deny pain and vulnerability, and conceal any emotional fragility,”

Is Depression in Men Taboo?

A new study suggests that people are less likely to perceive men as being depressed and in need of professional help, even when their symptoms are identical to women’s. 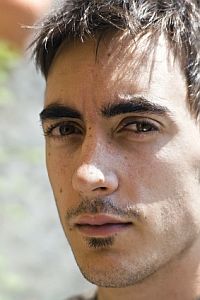 “A lot of attention has been paid to depression in women, and with good reason: depression is twice as common in women,” said Dr. James B. Potash, the editor of the study and a professor of psychiatry at the University of Iowa.

“There has been relatively little focus on education about depression in men. This [study] emphasizes the importance of figuring out how to get through to men that depression can be disabling and treatment is important.”

In the study, a group of about 600 adults were asked to read a short story of a hypothetical depressed person. This scenario, which was written to portray the diagnostic criteria for clinical depression (also known as major depression), read in part:

For the past two weeks, Kate has been feeling really down. She wakes up in the morning with a flat, heavy feeling that sticks with her all day. She isn’t enjoying things the way she normally would. In fact, nothing gives her pleasure. Even when good things happen, they don’t seem to make Kate happy.

Fifty-seven percent of the study participants recognized Kate’s symptoms — which included difficulty concentrating, fatigue and insomnia — as a mental health disorder. Over three-fourths of those people correctly labeled the disorder as depression.

Only 10% of the participants said Kate did not have a problem.

The researchers presented the same story to another group of 600 people. This time, however, “Kate” was replaced with “Jack,” and all the pronouns were switched from female to male.

These small changes had a significant effect — although nearly the same number of people recognized Jack as having a mental health problem (52%), over twice as many said he did not have a problem at all (21%) compared to those in the Kate scenario.

Furthermore, men themselves were less likely than women to say that Jack is depressed — a pattern that was not seen with Kate.

Why the difference? Male stereotypes that emphasize traits such as toughness and strength may discourage both women and men, and especially the latter, from acknowledging depression in men, said study author Viren Swami.

“Men are expected to be strong, deny pain and vulnerability, and conceal any emotional fragility,” said Swami, a psychologist at the University of Westminster, in London.

“Because of these societal expectations, men appear to have poorer understanding of mental health and aren’t as good at detecting symptoms of depression compared with women.”

Potash says the findings also may reflect the fact that women are generally more in touch with emotions and better at articulating them. Some men might have all the outward signs of depression, and yet when asked about their mood they “may not be able to say much more than ‘I don’t know,’” he says. “A substantial minority of men just don’t describe depression.”

In addition, men’s failure to recognize depression in a fellow male may represent a kind of defense mechanism prompted by an “unconscious identification” with that man, says Dr. Radu Saveanu, a professor of psychiatry at the University of Miami Miller School of Medicine.

“They may think, ‘If this guy is having trouble and may need treatment, I may be in the same position someday,’” says Saveanu, who was not involved in the study. “That anxiety distorts the ability to be more objective.”

In the study, men were more likely than women to recommend that Kate seek professional help, but this gap disappeared in the Jack scenario. Men also expressed less sympathy for Jack than women did.

This independent mindset is more common among males, said Potash. Men tend to think that pulling themselves out of depression is “something they ought to be able to do,” he said. “It’s the stereotype of men who never ask for directions. They won’t admit that they can’t take care of it themselves.”

Gender, however, isn’t the only factor that influences our views on depression. Swami also found that participants of both sexes who harbored negative attitudes towards psychiatry and science felt that both Kate and Jack’s symptoms were less distressing, more difficult to treat, and less worthy of sympathy or professional help.