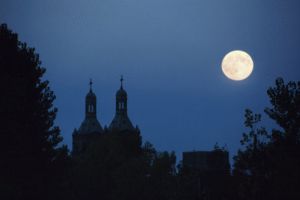 MUMBAI: The tragedy at Kasara ghat, wherein a father allegedly murdered his two pre-teen children before attempting to end his own life two days later, is indicative of a worrying mental health crisis in society, say psychiatrists.

Family suicides like Nitin Shah’s have been hitting the headlines in the past few months with increasing regularity. In early November, a housewife tried to take her life by jumping into Kasheli creek after flinging her two daughters from the Thane-Bhiwandi bypass bridge. That incident came soon after a homemaker, Kritika Patel, leapt to death off the 18th floor of a Kandivli skyscraper with her two-year-old daughter. Earlier this year, two couples carried out suicide pacts in the city. Last year was as disturbing, with seven reported family suicides in Maharashtra.

Many perceive the cases as a symptom of an emerging crisis that can no longer be ignored.

“Such suicides are a sign of distinct lack of coping abilities among today’s generation. People are not developing their coping skills because of which they are not able to deal with hardships,” says Johnson Thomas of anti-suicide helpline Aasra. Thomas believes that the decline in traditional family ties and social interactions has undercut the protective cushion citizens earlier enjoyed.

Psychiatrist Harish Shetty says such incidents can be examined through multiple prisms-of mental health, of causative sociological reasons, even viewing the perpetrator as a murderer. He too blames the suicides on the rising angst and alienation resulting from the loss of emotional contact among families and friends. “We need to send out a strong message to the community. If one is sad, upset or depressed, please seek help. No one has any business killing another,” he points out.

The increase in mass suicides forced the National Crime Records Bureau to introduce them as a separate category beginning 2009.

Many believe the society needs to devise ways to deal with the crises within. Family members need to reach out to one another to enable sharing of anxieties and to facilitate tiding over them. Psychiatrists caution that people should not ignore the pleas of their loved ones if they often suggest that they are fed up with life. The cries could be telltale signs of distress. Reaching out to mental health helplines to anonymously unload stress with a professional or reaching out to a counsellor too can provide succour.

“People should watch out for signs of depression if someone is suffering from a chronic illness or has suffered financial loss,” advises Dr Shetty.

Credit: The Times of India : http://timesofindia.indiatimes.com/city/mumbai/Mental-health-crisis-erupting-in-Mumbai/articleshow/17343759.cms