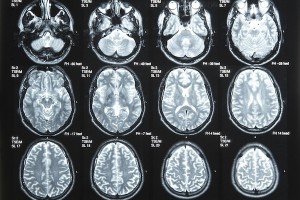 Gavin Barwell’s bill to end discrimination against those suffering from mental illnesses received its third reading in the House of Lords this afternoon, which means it is just a small hop, skip and jump from becoming an Act of Parliament. The legislation will end automatic blocks on those receiving regular treatment for any mental health disorder from sitting on a jury and from continuing to work as a company director, as well as repealing the section of the Mental Health Act 1983 which automatically removes an MP from their seat if they have been sectioned for more than six months.

That Barwell managed to gain the support of not just the government but some of his backbench colleagues who tend to spend their Fridays wrecking private members’ bills is an achievement in itself, and that this Bill comes from a Tory MP shows that compassionate Conservatism continues to thrive on the party’s green benches.

But Barwell doesn’t see this as the end of the fight against discrimination on the grounds of mental illness. He says:

‘I’m very proud that my Bill will soon become law, but in truth this is only the beginning. As a society we still have a long way to go to tackle the forms of discrimination and the inequalities that people with mental illness face. The Bill will soon drag the law of this land into the 21st century, ending the last form of legalised discrimination. Now is the time for us all to realise that having a mental health condition is nothing to be ashamed of or to keep a secret and that mental health should be treated on a par with physical health. Only when that happens will the discrimination truly be over.’

When I asked him what this means for his own work in the Commons, he points to the government’s Work Capability Assessment, explaining that he’s worried about how well-tailored it is for those suffering from mental illnesses:

‘I think the principle is right, but I’m not sure the process is working as well as it could.’ He’s not alone: last week the Public Accounts Committee found flaws in the assessments, and his Conservative colleague Robert Halfon co-sponsored a Commons debate on Atos, which holds the contract, in January. As this assessment was introduced by the Labour government, Tory MPs may well find it easier to criticise it than if it were purely a Coalition policy.

Barwell is clearly an MP who is going to go far: his speech in the Commons during last week’s gay marriage debate was one of the most considered and passionate. But he is one of those campaigning MPs whose eventual promotion beyond PPS will be a loss to the backbenches as he is using his time there at present to effect important changes.