‘This brutal new system’: a GP’s take on Atos and work capability assessments 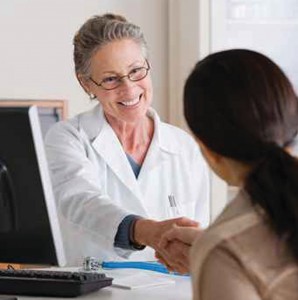 I had not seen Eileen for some time, until a few months ago when I was asked to phone her. She sounded distressed, confused and frightened and did not understand what was happening to her. She has been a patient of mine for 10 years and over time, I’ve tried to help her cope with her mental illness. A few years ago her mental health had deteriorated so much that she needed to be in hospital.

All her benefits had been stopped, Eileen explained, and she was in arrears with her rent. She was assessed by Atos, a private company employed by the government to carry out what it calls the “work capability assessment” to decide whether people receiving incapacity benefits should be sent back to work.

Eileen found the form she was asked to fill extremely long and bewildering. The assessment is a tick-box exercise, with points scored depending on the patient’s replies. The assessors do not ask GPs like me to provide any medical information about patients to help them make their decisions, even though someone may have received incapacity benefits for many years.

Later, Eileen was sent a letter. She was fit for work, she was told, and so she would no longer be receiving benefits. Instead, she would need to go out seeking work. She had no money and soon fell behind with her rent and bills. She told me she didn’t understand why all this was happening to her, but having no money, she decided to leave London to look for work elsewhere.

But she had nowhere to stay, and ended up sleeping on the streets. Nor could she find work, despite the government’s mandate that she do so. She eventually returned to London to seek help. She has no insight into her mental illness and doesn’t believe she is unwell.

I have watched with mounting horror as my patient, an extremely vulnerable woman, has been put at risk of homelessness and deteriorating illness as a result of government policy. I am very aware of the importance of work, and as a GP will always encourage people to look for a suitable job if I think they can. But I also know my patients, and I am outraged that some are being put through the punishing stress this assessment causes. Many of my patients have gone through the Atos assessment to be told that they are fit for work with all their benefits stopped without notice. The financial impact is extreme. Several of my patients have shown worsening symptoms of depression, and some have become suicidal. Because we were so concerned about a patient’s mental health – which worsened as a result of the stress caused by these assessments – we have had to involve a psychiatric crisis team.

The government will say that there is an appeal process built into the system for those who have been passed capable of work and disagree with the outcome. True, but it is very expensive. In my experience, patients whom I consider unable to work or even look for work usually win their appeal. In a recent appeal hearing, the tribunal judge read my medical report and concluded on the back of it that, contrary to the Atos assessment, my patient was indeed incapable of working.

I have witnessed a woman in her 20s who has a condition that means she is slowly dementing, and will eventually die at a young age. She is unable to walk, and now even unable to talk. She is looked after round the clock by her family. Her family has been forced to endure great stress from the work capability assessment. I believe that this could have been avoided had I been asked to provide a medical report explaining her disability, prior to the assessment process.

In another case, a man in his 40s had been homeless for many years. He has learning difficulties, alcohol problems and also has insulin-dependent diabetes. He is unable to read and write. A charity worked closely with him and managed to find accommodation and medical care for him, and they encouraged him to engage with the local drug services. In our GP clinic, we were working closely with him to help him to manage his diabetes better, in the hope of avoiding acute emergency admissions had his diabetes remained uncontrolled. Despite all this intensive help, Atos bulldozed their way in and found him capable of work. All his benefits were stopped immediately, and he is now in arrears. He has appealed and is waiting a tribunal hearing – a process that can take up to six months. Meanwhile, all that precious rehabilitation work we were offering him has also stopped as he has become so stressed, depressed and at times suicidal.

I am fearful that more of my patients will be put at risk of homelessness and suicide by this brutal new system. From my perspective, the most disadvantaged in our society are being punished. Work is good for all of us, if we are lucky enough to be in employment. But not all of us have the skills to work and some of us are so unwell or damaged by past experiences that they cannot do a job. We should accept that some people, for many different reasons, need supporting.

Instead of forcing vulnerable people onto the streets, why not concentrate on helping young people find worthwhile, fulfilling jobs? Leave patients like Eileen alone. She does not deserve the punishment that is currently being wrought upon her. For her safety and well-being, and for the sake of a humane society, I hope she wins her appeal.

The name of the patient, and details of her case, have been changed to ensure confidentiality