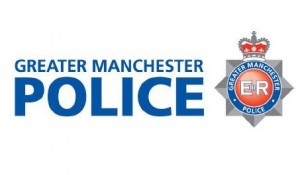 POLICE officers are struggling to cope with the number of cases they deal with involving people with mental health issues, the Chief Constable of Greater Manchester Police (GMP) has warned.

Sir Peter Fahy said policeman were being tied up for as long as eight hours after being caused to incidents involving people who are acutely mentally ill, and the number of cases was increasing alarmingly.

Figures show 218 people were detained and taken for mental health assessment in cases involving GMP between May and December 2012, while the force attended 18,700 incidents which involved mental health issues in some way last year.

This year there have already been 37 incidents across Greater Manchester in which people have been detained under section 136 of the Mental Capacity Act.

Sir Peter said: “It is not surprising that officers are dealing with more incidents involving mental health issues as the incidence of mental illness is increasing and more people are being cared for in the community.

“At the heart of every incident is a vulnerable person who needs protecting. We recognise that our colleagues in the NHS are under enormous pressure but clearly police officers are not trained to care for the mentally ill.

“Police officers are sometimes engaged for lengthy periods waiting for medical staff to decide on whether an apparently mentally ill patient is to be admitted to a hospital or not. Until this decision is made the patient remains the responsibility of the police officer.

“Police chiefs believe that a police station is not a suitable place of safety for someone suffering from a mental illness and would like to see the legislation changed to reflect this.”

Incidents which have involved the police including calls from or about people who are actively suicidal or self-harming, acting bizarrely in a public place or telephoning the police with paranoid ideas.

GMP were also called out concerning people reported missing or absent from care and people in families acting in a frightening way, having some sort of breakdown or exhibiting behaviour which leads family members to fear for their safety.

On average police officers spent three and a half hours at section 136 incidents.

Home Secretary Theresa May says she is aware of police chiefs’ concerns and will speak to Health Minister Jeremy Hunt about it.