After four years’ work Manchester Mental Health and Social Care Trust bosses have had to withdraw an application to get Foundation Trust status. 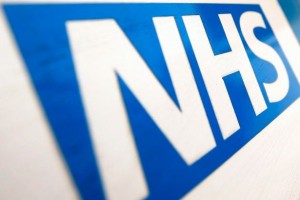 The future of mental health care in Manchester has been thrown into doubt after an NHS trust was unable to meet the financial or care standards to secure its long-term survival.

After four years’ work Manchester Mental Health and Social Care Trust bosses have had to withdraw an application to get Foundation Trust status.

The M.E.N. understands the trust, which cares for 12,000 of the city’s most vulnerable people, fell short of benchmarks set by health watchdog Monitor for financial management, the standard of care provided and the range of help on offer.

All trusts must gain ‘foundation status’ to be allowed more autonomy in the services they offer and access to more funding by 2016, but must meet rigorous standards to qualify.

The trust is expected to continue providing services for the next two years until its contract ends. A major review of the city’s mental health care is due to outline the future of care later this year.

Manchester’s Care Commissioning Groups, which decides what health services should be provided in the city, said it would continue to work with the trust – but warned there was room for improvement.

“In addition, the balance of services between age groups is not well enough aligned to the pattern of local needs.”

A spokesman for health watchdog Monitor said: “Monitor worked closely with the trust as it underwent assessment for foundation trust status, but the trust recognises that it is unable to meet the threshold for authorisation and has decided to withdraw from the process.”

The decision to scrap its application comes just a fortnight after staff from the trust, which runs mental health units at Wythenshawe and North Manchester hospitals, were still attending community events to ‘spread the foundation trust message’.

But bosses defended the project, started in 2009, as still being ‘rewarding’ as it drove up standards.

Trust chairwoman Wyn Dignan said: “The decision to step out of the process has not been taken lightly but we believe it is the responsible thing to do while we await publication or our commissioners’ intentions for a best-in-class mental health system for the city.

“The Monitor process [to get foundation status] has been of value because it has helped us to continually review and develop robust systems of accountability and governance, which in turn enable us to improve the quality of care we provide to service users.”

The decision is the latest in a string of controversies for the Trust, including being put on a ‘critical’ list by the Government in 2010 after racking up debts of £4.5m.

Credit to Amy Glendining of The Manchester Evening News : http://www.manchestereveningnews.co.uk/news/greater-manchester-news/fears-over-future-manchester-mental-4728241