Demand for training sessions with experts from the emotional support charity has shot up 48% in the past three months, the Sunday People reports. 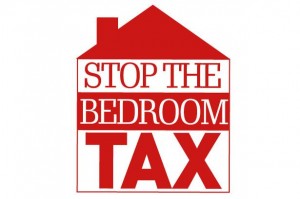 Housing chiefs are calling in Samaritans as the Bedroom Tax pushes more tenants to the brink – one association even reports a client attempted suicide during a phone call.

Teams of suicide prevention experts from the emotional support charity are training staff at housing groups around the country – and demand for sessions has shot up 48 per cent in the past three months.

At the Riverside Housing Association in Liverpool, 60 call-centre staff have been trained since the Bedroom Tax was introduced in April and by the end of the month the remaining 40 call handlers will be trained to spot suicide risks.

Riverside’s Anna Bishop said: “We had one person who cut their wrists while on the phone to us.
“Someone else said they wanted to cancel some repairs and they were going for a swim and intended to keep swimming because it didn’t hurt once the lungs fill up with water.”

In both cases the Samaritan-trained adviser called the police and the ¬callers’ lives were saved.
Riverside looks after 53,000 homes and takes 40,000 calls a month.

And the number of distressed callers due to rent arrears has risen from 11 per cent in April to 14.5 per cent. Suicidal calls are now coming in at the rate of three a week. Ms Bishop added: “We’ve seen a big increase in people with suicidal thoughts since the Bedroom Tax was introduced.

“People are getting into arrears and that’s down to the welfare reforms. It is a contributory factor.”
The association took over much of the city’s post-war council housing.

But Ms Bishop added: “We’ve got thousands of three-bed properties, but no one-beds in those areas.
“People should be allowed one spare bedroom and only be taxed if they have more.”

South Liverpool Homes also called in Samaritans after a tenant attempted suicide and another resident committed suicide because of financial hardship.

SLH’s Claire Ryan said: “We were able to respond to the attempt and support that person. We moved them to a smaller property which removed the impact of the Bedroom Tax.”

And nationally, at least 660,000 of society’s most vulnerable families have been hammered by the under-occupation penalty with tenants forced to make up 14 per cent of their rent for one extra bedroom and 25 per cent for two.

In May the Sunday People told how gran Stephanie Bottrill, 53, from Solihull, West Midlands threw herself under a lorry on the M6. Neighbours said she was desperate over demands for £20 a week extra to pay for two unoccupied bedrooms.

But suitable alternatives are just not available. In Oldham, Lancs, councillor David Hibbert said he had stopped the council building one-bed homes when he was in charge of housing 30 years ago because no one wanted them.

“Desperate people have been calling housing call centres for help. And one operator spent an hour and a half trying to persuade someone not to commit suicide.”

Gill Payne of the National Housing Federation said: “The Bedroom Tax is hurting the most vulnerable people. Housing associations have to ask the Samaritans to give their staff training to deal with increasingly ¬desperate people.”

The Samaritans say they have ¬requests from housing associations all over the country for training.
The Samaritans’ Guy Roberts said: “We are happy to provide them. Anyone likely to deal with people who are upset has a duty of care.”

He said that before the recession began in 2008 one in 10 calls mentioned financial problems as a reason for despair. Now one in six do.