With complaints about the failed Atos work capability assessment flooding in, Alan White and Kate Belgrave look at some of them. 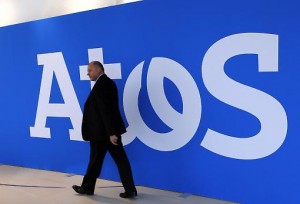 Tony Lea, who runs the Cornish benefit advice charity Bufferzone, wants to tell us about Jane. She suffered abuse from the age of 13. She never went to school and she can’t read or write. She’s 33 years old and has tried to kill herself before.

In February this year, the outsourcing company Atos carried out her Employment and Support Allowance Work Capability Assessment (WCA). She didn’t score any points on the mental health ability descriptors, and was placed in the ESA Work Related Activity Group – the group for claimants that the DWP considers to be capable of work at some point.

She was assigned a career adviser by a company called Prospects, which is contracted to find jobs for the unemployed under the Government’s Work Programme. Jane told this adviser that she had mental health problems. The adviser called her a liar and sanctioned her benefits. By June, Jane had got a job. She was in the job for three days before she tried to commit suicide by overdose.

On 2nd July, Tony told the Prospects career adviser not to contact her, and asked a mental health crisis team to carry out an immediate assessment. On the 29th of that month she tried to take an overdose again. Tony says this was because Prospects sent her a letter. She’d been receiving them for months, asking why she hadn’t been in contact with them. She can’t read and didn’t want them read it out to her, so she’d been storing them in a drawer: 18 of them in total. She recognised the company’s logo on the top, and that tipped her over the edge.

Tony made an official complaint. The DWP said it would not investigate the matter because Prospects has its own internal complaints procedure. On 5th August another Prospects worker phoned Jane. Tony believes “we’d have been looking at another suicide attempt,” had another mental health team not visited her.

When we contacted them, Prospects issued the following statement:

“Prospects strongly refutes the allegations made by Bufferzone which purportedly relate to one of our customers on the Work Programme in South West.

“Prospects takes its responsibilities to its customers and staff seriously. We have robust policies on safeguarding and data protection in place to ensure their privacy and safety is always maintained. With this in mind, it would be inappropriate for Prospects to comment on individual any cases.

“Prospects is currently helping more than 18,000 long term unemployed people in the South West to return to work through its innovative ASCENT model of delivery. Prospects works with customers to help them overcome barriers to employment through bespoke support and training to increase confidence and develop skills.”

That decision would have put the onus on the DWP to source medical information for people with mental health conditions right at the start of their ESA applications. Unfortunately, the DWP is fighting that decision tooth and nail – and was recently granted leave to appeal it. “We already request claimants supply any evidence they feel will be relevant to the assessment in the ESA50 questionnaire,” the department said in an email. The fact that the change could improve the experience for people who must go through the appalling work capability process appears to be neither here nor there.

Neither is the fact that sourcing people’s medical information at the start of their WCAs might improve things as far as the public purse goes – people found eligible for ESA from the start would not need to take their case through the wildly oversubscribed and costly appeals process. You’d also think the fact that the minister for employment, Mark Hoban, has been forced to admit there are problems with the assessments and the written reports that Atos produces (“an unacceptable reduction in the quality”) would give the DWP reason to pause when looking to overturn decisions which could dramatically improve the information available to Atos assessors. (Hoban has also brought in his former employers, PricewaterhouseCoopers, “to provide independent advice in relation to strengthening quality assurance processes across all its health and disability assessments.” Ahem).

Which brings us to the growing problems that people have getting medical evidence. Tony tells us about Clive. Clive’s in his forties. His mother lives at his home and has palliative care provided by Clive and another carer. Tony managed to get him referred to a mental health team and then to an agency called Outlook South West following a suicide attempt. He’s got a tribunal to overturn his WCA next week. Outlook South West told him it would cost £70 for them to provide a letter outlining his mental health problems. But as Tony says: “People like Clive have to live on £71 a week. If they have to pay that, what do they live on? I feel so strongly about this. It has to be highlighted.”

And then Tony tells us about Claire. She has a history of depression and suicide attempts. The WCA said there was nothing to go on regarding her mental illness. But the mental health team and Tony told Atos and the DWP not to contact her because they strongly believed she had a paranoid schizophrenia condition.

When her case went to tribunal, Claire only had medical evidence that was over ten years old, because her GP refused to provide evidence. The DWP supplied no evidence to back up its case that she was in good mental health. The tribunal chair was deeply unimpressed with the stress to which she was being subjected, and demanded medical evidence from both the department and her GP. Now she faces another tribunal in six weeks’ time.

Tony will most likely win the tribunal. Last year he attended 104 tribunals with nine losses: a 93 per cent success rate. His overall rate of success is 98 per cent. As he says: “Atos are so bad they make my job easy.”

This whole scene is a catastrophe. The implosions are everywhere. A few weeks ago, disability benefit claimants and campaigners were shocked to read that GPs in south east Wales had been told by the Bro Taf local medical committee to stop providing support information for disability benefit claimants appealing “fit to work” decisions, because the work was an “abuse of resources”. We spoke to the Bro Taf LMC, which sent this statement (and they said they’d be issuing another one this week, so we’ll look out for that) to say that their problem was not with providing medical evidence for claims, but for the “increasing number of appeals [which] has resulted in more GP appointments being taken up to deal with such requests.”

None of which helps claimants and we’re looking for a legal view on that withholding of support information. Public Interest Lawyers’ Tessa Gregory says: “It can’t be right that claimants are left without vital medical evidence from their GPs to support them in their appeals against Atos assessments which are notoriously unfair. We are considering the position of both the DWP and the Local Medical Committee carefully to see whether a legal challenge can be brought to ensure that claimants get the assistance they require.”

Only a day before the Bro Taf story appeared, industry magazine Pulse reported that “GPs were struggling to cope with a 21 per cent rise in requests to verify work capability since January [2013]” – saying that figures obtained by Pulse “showed the number of requests to verify claimants’ ability to work have increased by over a fifth since the beginning of this year.”

Note the anger in the comments on that story, with people arguing that they’re doing the extra work for social security “reform”, while Atos makes the profit – “ATOS collects the money. GPs do the work. Welcome to the Tory vision of privatisation.”

As far as charging for medical information is concerned: it’s not new for GPs and consultants to charge (there’s a list of some charges here) – but the problem in the case of disability benefits is that cost could be pricing people out of vital information they need to support their claims and leave them with absolutely nowhere to go. What happens then? Around the country, people are being asked to pay £20, £30, £50 and more for medical evidence (you can see in the comments here that even last year, people were being charged upwards of £100 for support information and saying they couldn’t afford to pay it).

The Citizens Advice Bureau saw all this a mile off: they raised the issue of cost back in their January 2012 investigation (called Right First Time) into the accuracy (or otherwise) of ESA reports. The CAB observed then that: “In many cases, NHS doctors will charge an average of £30 (we have evidence of consultants charging £200 an hour) for medical evidence and few people on low incomes can afford to pay this much out of an income of £67.50 ESA (assessment phase rate) per week.” That was over 18 months ago. As the number of appeals skyrocketed, this problem could only grow.

And it’s grown into a right disaster. When the Bro Taf story broke, the disability campaigner Sue Marsh wrote about Mark Hoban’s attempts to shift responsibility for the ever-burgeoning appeal rate: as she said here, Hoban has implied that the high rate of ESA appeals is at least in part because people don’t have enough medical evidence:

“DWP ministers have blamed the staggering 43 per cent ESA (Employment and Support Allowance) appeal rate on claimants not requesting and submitting enough medical evidence. As Mark Hoban claimed, “What’s happening too often is people are suggesting to claimants ‘oh, just leave the medical evidence until the appeal’ – there’s a shared responsibility here.”

In theory, within the claim process, Atos is expected to request evidence from a claimant’s doctor when the claimant is likely to be placed in the Support Group. For the year up to October 2012, Atos only requested such evidence (as an ESA113 form) in 27.2 per cent of all ESA referrals; 23.8 per cent of these were not returned by GPs.” The DWP would have us believe that extra sourcing of information is a robust part of the WCA process: when we asked why it was trying to overturn the Upper Tribunal decision on mental health claimants, the department said: “Atos healthcare professionals will continue to seek further medical evidence in accordance with the Department’s guidelines.” Doesn’t sound like that’s going too well.

Sue Marsh tells us that Hoban needs to sort it out. “The ESA50 clearly suggests that a claimant sends in medical evidence from a consultant or GP that knows them best. If those medical professionals are now withholding that vital support and Mr Hoban insists that it is necessary for an accurate WCA decision, he MUST act immediately to make sure that medical professionals cannot refuse to provide this evidence and that they are not allowed to charge punitive fees for obtaining it.”

All Bufferzone client names have been changed