Israeli academic drops discrimination suit in U.K. Moty Cristal receives apology for being discriminated against after his 2012 workshop was canceled because he is Israeli.

Israeli professor Moty Cristal has dropped his legal case against the Manchester Health Trust after receiving an apology for being discriminated against because he is Israeli. 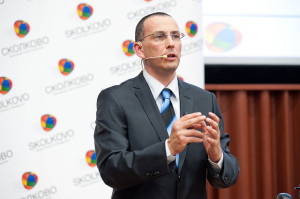 Cristal, an Israeli negotiator and expert in crisis management, sought damages in the amount of 26,500 euro from the health trust after it canceled a workshop he was supposed to provide its staff in 2012. Cristal was invited in the beginning to teach a “master-class” on conflict-resolution organized under the auspices of the NHS Manchester Mental Health and Social Care Trust and UNISON.

Shortly before the lecture was to take place, Cristal was notified by the company organizing the event that his appearance had been canceled due to union members’ objections to the inclusion of an Israeli “on the grounds that it is UNISON’s policy and also that of the Trades Union Council to support the Palestinian people.”

The boycott of Moty Cristal’s lecture, first reported in Haaretz, led to angry responses from the Israeli government, British politicians and Jewish leaders in the U.K., but Health Secretary Andrew Lansley and his department refused to comment or condemn the move at the time.

Cristal decided to drop the case on Wednesday after receiving a letter of apology from the health trust’s chief executive. He also managed to secure a statement from the body rejecting boycotts of Israel.

“I made this decision since the goals that I first set out to achieve in launching this legal action have broadly been met,” Cristal said in a statement. “My primary goal was to establish that I had been unfairly treated by and discriminated against as an Israeli negotiator. In this regard I was pleased to receive a letter from the Chief Executive of the Manchester Health Trust, which was responsible for my canceled lecture, apologizing for the offence caused and affirming their commitment to Equality and Diversity as expressed in the NHS Constitution.”

Cristal added that another goal was raising awareness of the “negative impact of the boycott movement directed against Israel.” He said he is pleased to see that as a result of his case, leaders of all the major political parties in the U.K. have expressed unequivocal opposition to such boycotts. He quotes a government spokespan as saying, “It is right that trade unions should be able to express their political views. But this does not justify state discrimination against individuals purely because they are Israeli.”

More From MUN on this story follow link and see our heading on Prof Moty Cristal:https://www.manchesterusersnetwork.org.uk/2012/11/17/bogged-down-in-the-boycott-issue/