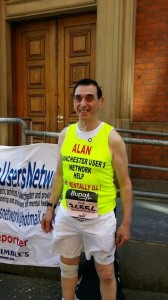 Manchester Mental Health and Social Care Trust (MMH&SCT) meeting at the “Service Users & Carers Forum held at Mechanics Institute in Manchester on the 28 Th April 2014 presented a draft document to the forum to be read and passed by that forum .

Manchester Users Network (MUN) objected to the definition of a service user defined in this way. The chair of the Service Users & Carers Forum , employed by MMH&SCT, Mr Patrick Cahoon who holds the title ‘ Head of Patient Experience ‘ tried to dismiss MUN objections outright.

Present at the meeting on the Monday 28 Th April 2014 was Mrs M Moran CEO of MMH&SCT, she listened to MUN objections and agreed that the document needed more work upon it and could not be read and passed. This upset some people in the room; however, the chair of MUN said he would seek advice on this definition.

At a meeting held at the Service Users and Carers Forum , at the regular venue of the Mechanics Institute in Manchester on Monday 19th May 2014 , just before the meeting started , Manchester Users Network ( MUN) representatives distributed copies of a National Service Users Network [NSUN] documents that clearly informed what the definition of a “Service User” was appertaining to and members of MUN wished to share the information amongst other Service users and carers attending the meeting..

At the meeting on the 19 Th May 2014, the MMH&SCT CEO was not present. However, as the meeting began the minutes from the last meeting` were presented and it was clear that the MMH&SCT had left the problematic definition of “Service User” in the minutes and were preparing to pass those minutes as a true reflection of what had been said at the meeting held on the 28 Th April 2014. MUN representatives raised their concerns and insisted that the NSUN documents be entered. Nevertheless, the chair, head of the patients experience , Mr Patrick Cahoon, adjourned the meeting for five or ten minutes. However, surprisingly when the meeting came back to order he then ended the meeting saying some services users were too upset. The majority did not understand why the chair took this line. The venue is expensive and many of the patients and carers had travelled a long way to be at the meeting. Many believed the meeting should have been brought to a proper conclusion, given the costs, which are involved.

The head of patient experience, seemed he wished to close the meeting and then he reports untrue statements to the Trust, which later lead to a letter being sent.

The letter considering it had been compiled by a chief of nursing , to a patient , was atrocious unfair and blatantly untrue.

The letter also bans all of Manchester Users Network; it spokes persons and its  honoree  members.

The letter from Anita Rolfe of MMH&SCT we will publish later. 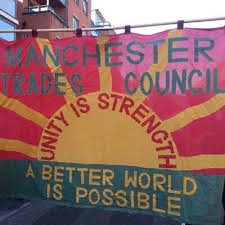 All Service Users attending Mondays Service Users & Carers Forum, will receive chocolates and a cool drink from MUN as a symbol of good will towards all of the Service Users and  all will be respected at all times.

The reason for the picket is to highlight the poor mental health treatment that people of Manchester are receiving. To push for a truly apologetic letter to Manchester Users Network’s vice chair Alan Hartman. He is after all a patient that was made ill from the uncaring letter instigated by the MMH&SCT head of the patients experience, Mr Patrick Cahoon, who then went on to try and turn patient against patient in a meeting that involved people who were involved in the attacks upon Manchester Users Network. Bullied by anyone is not pleasant for anyone. Over the many years MMH&SCT has had fantastic doctors, nurses and staff in general ; many have experienced feelings of being bullied. Nurse Karen Reissmann spoke out for her patients she was sacked for an interview that told the truth. Manchester Services Users stood up for Nurse Reissmann they knew she was right and they had asked her to speak up.

This Trust must realize that service users are patients and trying to reclassify the name of services users using patient against patient is wholly wrong and unethical. “It’s Time To Be Heard” “It’s also Time For Change” 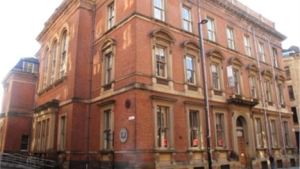 Pleased come and stand with us on Monday at the TUC Mechanics Institute on 103, Princess Street, Manchester adjacent to Club Cruz 101. At 1:30pm, the meeting starts at 2pm -4 pm approximately. “IT’S TIME TO BE HEARD”