In November of two thousand and seven,  eighty-three [83] cross party MP’s signed an early day motion sponsored by Manchester MP John Leech. Let us not forget what was said back then in the House of Commons about Manchester Mental Health & Social Care Trust (MMH&SCT) who had a bad record when it came to free speech. 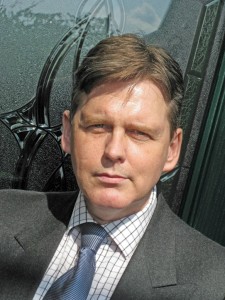 Patients have a right to speak out against what they know to be wrong. The banning of MUN and the treatment of MUN’s vice chair are actions that belong and indeed are part of the bad old days when staff were sacked for making comments. What happened at the Service Users & Carers Forum under the chair must never happen again, “Using patient against patient is wholly wrong and unethical.” “It’s Time To Be Heard” and “It’s also Time For Change”

This Trust says it has moved on and has the respect of staff and patients at its heart. We will be watching to make sure we don’t have need to go back to the  House of Commons as in 2008 and an early day motion asking for the support of the House for Manchester Staff and patients.

Statement Made In the House of Commons 29 Th November 2007

Karen Reissmann is greeted by the now Deputy Prime Minister Nick Clegg MP who  then said  :“The first act of the new chief executive should be to reinstate Karen Reissmann.”

Link to  Parliament UK  http://www.parliament.uk/edm/2007-08/443 Link To This Story: https://www.manchesterusersnetwork.org.uk/2014/06/22/mun-tuc-stand-shoulder-shoulder-using-patient-patient-wholly-wrong-unethical/