Tony Benn: Will and Testament 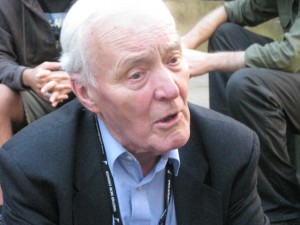 Part of Tony Benn: Will and Testament

Join Ruth Winstone (Tony Benn’s long-time friend, colleague, editor of his published diaries and associate producer on Will and Testament), Jim Mowatt (political figure and Director of Education at Unite) and Broadcaster Terry Christian for a panel discussion following our screening of Tony Benn: Will and Testament.

Tony Benn stood as a Patron on the Nurse Karen Reissmann Legal Defence Team, he passionately believed in the Manchester nurse’s action of blowing the whistle on the Manchester Hospital. (see link to story)

Link To This Story: https://www.manchesterusersnetwork.org.uk/2008/11/04/fundamental-issues-of-justice/