The Manchester branch of the service has been dealing with thousands more calls over the past 12 months, taking the total to just over 41,000 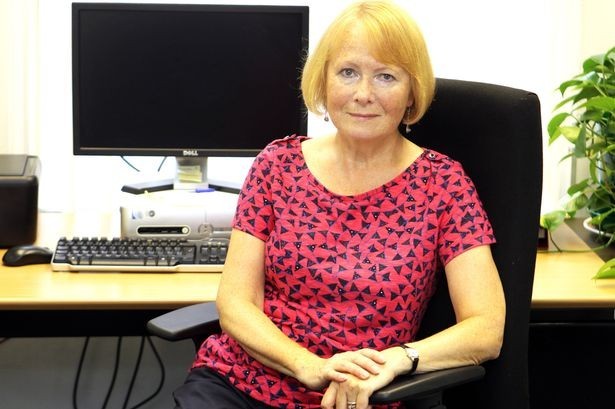 The Samaritans say they are seeing a huge increase in calls from people with mental illness – because patients have no-one to turn to at evenings and weekends.

The Manchester branch of the service, based on Oxford Road in the city centre has seen an increase of 3,500 calls over the past 12 months, dealing with 41,320 in total.

Many are existing mental health patients who say they have no-one else to talk to. It is not recorded by The Samaritans which health trusts each patient is being treated by.

The Samaritans’ Manchester branch is staffed by around 125 volunteers – many of them students.

Sue McDonald, Manchester Samaritans director, said: “We are very much busier than two years ago and have noticed at evenings and weekends we get more and more calls from people with mental health problems who have been told to ring us because there is no-one else available. You say ‘do you not have a care worker?’ but they say ‘they’ve told me to call the Samaritans because they’re not available’.

“We have a part to play in emotional support but should certainly not be seen as a service for complex medical care and that seems to be happening.

“Often [the people who ring us] are not very impressed with the mental health services. These are people often living very isolated lives and it is the human-to-human contact that they need.”

A survey by the Care Quality Commission found only six in ten patients at two mental health trusts in the region had an out-of-hours phone number to reach someone in a crisis.

A Manchester Mental Health and Social Care Trust spokesman said: “All users of MMHSCT services are given contact details for their care co-ordinator and the crisis line number, so that they can call at any other time should they require support. Our crisis line is fully staffed out of hours and is always answered. Our system does not allow this line to simply ‘ring out’.

A spokeswoman for Greater Manchester West Mental Health NHS Foundation Trust (GMW) said: “All our patients have access to out of hours telephone helplines, which provide a 24-hour service, 365 days a year. Emergency support for people in a mental health crisis is at the top of our agenda and we have recently agreed to invest further in telephone helplines and additional support for our patients and their carers requiring immediate attention due to a severe mental health problem.

“We would welcome any information that the Samaritans have got about existing mental health patients contacting them, so we can continue to improve mental health crisis care.”

A survey by health inspectors Care Quality Commission has found nearly half of mental health patients said they did not know where to turn in a crisis.

Only seven out of ten MMHSCT and six in ten GMW patients surveyed said they were able to get the help they needed at evenings and weekends.

Paul Reed, chair of MUN, said: “We believe people have been going to A&E instead to get help. The fact they are also ringing The Samaritans doesn’t surprise me at all.

“There are people at evenings and weekends being left with nowhere to turn for help.”

Two years ago the MEN reported how a message on the crisis line at mental health unit Park House, run by MMHSCT at North Manchester General, advised people to call the Samaritans because staff were too busy to answer.

More Information in connection with this story :   https://www.manchesterusersnetwork.org.uk/2013/03/22/vice-chair-we-definitely-feel-this-report-justifies-our-concerns-about-edale-house-closing/