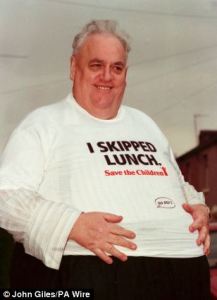 Their stance that the claim is “statute barred” could hit many who were sexually abused decades ago as children in the care of Rochdale borough council, where the paedophile MP Sir Cyril Smith was a dominant figure for many years.

Peter, 38, said: “I am appalled that the council is trying to hide behind this legislation.”

The council is relying on the Limitation Act 1980, under which a legal action for personal injury suffered in childhood must be brought within three years of a victim’s 18th birthday.

However, a court has the discretion to extend the time when deemed to be in the interests of justice.

According to Peter, Rochdale council took him into care when he was 10 because of a family breakdown. Two years later, he was sent to Pentre Saeson Hall, a children’s home near Wrexham in north Wales. Bryn Alyn Community, a private company, ran the home.

In a letter of claim to Rochdale council, Peter’s solicitor wrote that he was physically and sexually abused there between 1988 and 1992. Peter was photographed by his abuser, and the regime “was one of continued violence and abuse.”

“Unfortunately, the claimant has suffered severe, mental-health issues as a consequence of his childhood sexual abuse.” These include post-traumatic stress disorder (PTSD).

“You owed him a non-delegable duty of care.”

Rochdale Council denies that it is “vicariously liable” for a home that it did not run. 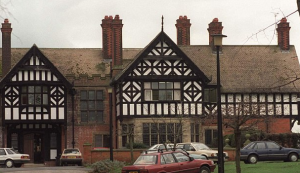 DWF, Rochdale Council’s Newcastle-based solicitors, was “not sure why the claim has been directed to our clients.” The letter to Peter’s solicitor continued: “At best, your client may be able to argue that our clients were negligent in choosing Bryn [Alyn] as an appropriate children’s home while in their care.”

But it added: “The claim is clearly statute barred. There cannot possibly be a fair trial in relation to that specific matter after such a lengthy period.” Peter told Exaro:

“The climate in those days made it very difficult for someone like me, in care, to come forward and make such serious allegations against people in authority . You just were not believed.

“It is only recently that victims like me have felt confident to speak out, and of being given a fair hearing.

“I was a child in need. The council was supposed to protect me, and it only made my situation worse. The council should face up to its responsibilities. ”

Peter said that the abuse led him into a life of drug taking, petty crime and burglary. He spent a total of 18 years in prison.

He said: “I always pleaded guilty. Prison was the only place where I felt safe. I was always given my own cell because of my history of being sexually abused.”

A spokeswoman for Rochdale Council said: “We are unable to comment on specific cases. Any future claims will be considered individually.”

The council faces legal action over many historical claims of child abuse.

It was also responsible for Knowl View special school, where the late Sir Cyril Smith, former Liberal MP for Rochdale, was a governor. Greater Manchester Police (GMP) is investigating allegations from at least 10 men that they were sexually abused as boys at the school.

Earlier this month, Exaro revealed that detectives had launched an investigation into the alleged sexual abuse of boys at a second school linked to Smith. It is understood that Rochdale Council also sent some boys in its care there.