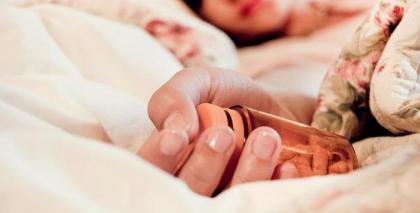 It was also suggested that groups such as ethnic minorities, homeless people and the LGBT community have a higher risk of low mental well-being, which without sufficient levels of support can often lead to suicide.

“Many population groups may be particularly vulnerable to poor mental health or have problems in getting access to help and support,” said a Manchester City Council Mental Health spokesman.

Specific groups at risk in Manchester included people from diverse, black and minority ethnic backgrounds, people with a learning disability and the LGBT community.

Also targeted were people suffering from long-term health conditions and disabilities, those who have suffered abuse or domestic violence and offenders.

Homeless people and those with drug and alcohol problems were also a cause for concern.

“This report is a call for action to address a large public health problem which has been shrouded in taboo for far too long,” said Dr Margaret Chan, Director-General of the World Health Organisation.

Mental health is an issue which has often proved difficult for sufferers to talk about, however, following the suicide of actor and comedian Robin Williams almost a month ago, mental health has become a burning issue in the media.

The World Health Organisation’s report, the first of its kind, aims to increase awareness and break down social stigma attached to often misunderstood mental illnesses such as anxiety and depression.

The report also calls for all countries to take action to reduce access to means of suicide, clamp down on graphic depictions of suicide in the media and increase general awareness of the issues.

Dr. Alexandra Flieschmann, from the Department of Mental Health and Substance Abuse at the WHO, said “No matter where a country currently stands in suicide prevention effective measures can be taken, even just starting at a local level and on a small scale.”

Friday September 10 is World Suicide Prevention Day, where people are urged to take action to raise awareness about suicide and suicide prevention around the world.

Image courtesy of Irene Miranda, with thanks