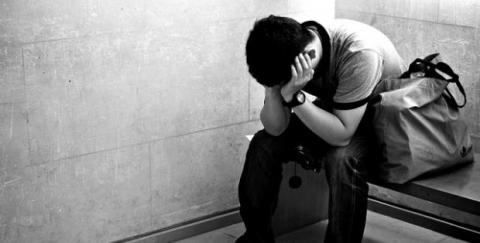 When you have a broken leg, people can see the plaster and crutches. No one judges you – in fact, they’re more likely to hold the door open.

When you have a mental illness, the signs are not easy to see. You may find doors closed to you and more than a few closed minds.

MM caught up with Manchester students affected by mental health issues to discuss the myths, assumptions and challenges commonly faced.

Charlotte, a singing student, said: “’You can make yourself better easily. At least it’s not cancer, at least it’s not a really bad illness’, that’s what you often hear.

“But it is an illness, like if someone has laryngitis and you give them medicine.”

These assumptions are just some of the ways people often misunderstand mental health problems.

This creates the idea that people shouldn’t feel the way they do, which feeds the illness they already find themselves carrying.

“The feeling of guilt is the biggest thing I realised I had carried around. A lot of people tell you that you shouldn’t feel this way. Then you feel bad or you feel stupid,” Charlotte said.

“People ask if really bad things have happened to you. I felt guilty for so many years because I had a normal childhood but something inside me was upset and that’s what people don’t understand.“

One of the aims of World Mental Health Day was to try and change public perception surrounding mental illnesses so that people feel they can talk more freely about their situation.

Emily Mowbray explained: “If you feel there’s something wrong with you, you usually keep it to yourself but then it will probably get worse.”

Manchester Mind also visited the RNCM to raise awareness of symptoms so people can understand the signs better so they can help understand how deeply mental health can affect those and others.

Final year student, Luke Tayler said: “When you’re perpetually down you can put it down to having a bad day.

“But when it keeps going you can go into denial and if you’re not seeking help it can get worse.”

Half the issue, as students revealed, is that people live in denial of their illness because of being too afraid to seek help or they do not realise that they need it in the first place.

By raising awareness of mental health issues and being more mindful that the brain is just as delicate as anywhere else in the body, we will begin to see positive results in the way victims are treated.

Charlotte added: “You don’t want to be told that your problems are small, you want people to see how big it is for you.”

Image courtesy of Lee Winder, with thanks.