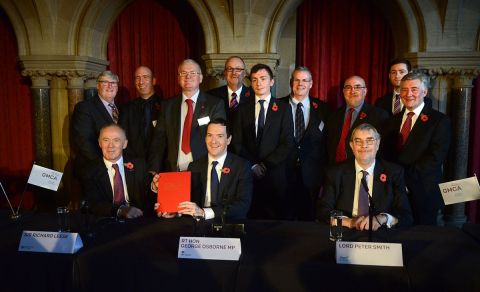 Greater Manchester could have its own city-wide mayor with elections as early as 2017, the Government has announced.

It will be the first time that such a mayor will have control over more than one local authority area.

Ministers said the elected candidate would have:

powers over strategic planning, “including the power to create a statutory spatial framework for Greater Manchester”. This would need to be approved by a unanimous vote of the Mayor’s Cabinet;

responsibility for “a devolved and consolidated transport budget, with a multi-year settlement to be agreed at the next Spending Review, and responsibility for franchised bus services (subject to consultation by Greater Manchester), and for integrated smart ticketing across all local modes of transport;”

control of a reformed “earn back deal”, within the current envelope of £30m a year for 30 years – “this gives Greater Manchester the certainty they need to extend the Metrolink to Trafford Park”.

The elected mayor would also take on the role currently covered by the Police and Crime Commissioner.

Ministers said the Greater Manchester Combined Authority (GMCA) would also be handed further powers under the proposals, including over support for business growth, skills and help to join up health and social care budgets.

The authority is to receive the following powers under the deal:

control of an expanded Working Well pilot, with central government funding linked to good performance up to a fixed DEL limit in return for risk sharing;

opportunity to be a joint commissioner with Department for Work and Pensions (DWP) for the next phase of the Work Programme.

The Government said it hoped that Manchester would be “the first of many big cities to take advantage of greater devolution of powers”. 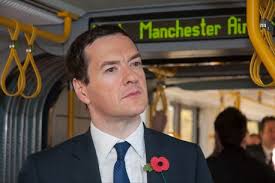 The Chancellor of the Exchequer, George Osborne, said: “This is a massive moment for the north of England and our plan to build the Northern Powerhouse. After several months of private discussions with local representatives from all three parties, I have reached agreement with the civic leaders of Greater Manchester to create the first metro-wide elected mayor outside of London.

The Chancellor added: “I want to talk to other cities who are keen to follow Manchester’s lead – every city is different, and no model of local power will be the same.”

Communities Secretary Eric Pickles claimed that the agreement, which can be viewed here, showed how serious the Government was about moving powers out of Whitehall and reinforced “the significant authority and finance already given to local communities”.

Lord Peter Smith, chair of the GMCA, said: “Make no mistake, this devolution settlement is a momentous moment for Greater Manchester. It gives us greater control over own destiny in several key areas and the ability to base decisions on local priorities and needs rather than on ‘one size fits all’ dictates from Westminster.

“This isn’t about taking powers from individual Greater Manchester authorities. It’s about powers coming down from central government to a more localised level.” 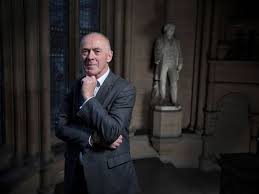 Vice-chair Sir Richard Leese said the GMCA’s ultimate ambition was for full devolution of all public spending in Greater Manchester, currently around £22bn a year, “so that we either influence or control the whole amount”.

“We recognise that this cannot happen overnight and there needs to be a staged approach based on evidence that devolution delivers increased economic growth and better public services,” he said. “But today’s settlement is a huge move forwards and a road map for the future.”