Norfolk, Hampshire and Devon have no dedicated space for children who are a danger to themselves or others 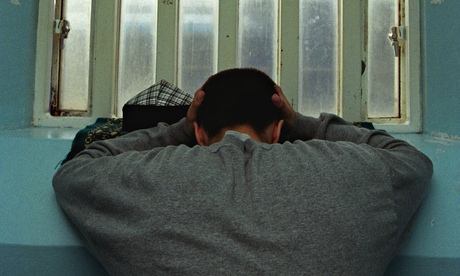 The Health and Social Care Information Centre says 236 under-18s were taken into police custody while being detained under the Mental Health Act in the year to March. Photograph: Paul Doyle / Alamy

Another six counties have capacity for one young person, and a vast area of Lincolnshire has no provision except in Scunthorpe, near the northern border, where there is capacity for two.

Although local authorities and police have arrangements to use mental health units and dedicated places in general hospitals elsewhere, these can be full or unable to cope because of staff shortages. If there is space, problems can arise because patients are far from home and the support of family, friends and medical experts who know them.

The maps, with full details of which mental health units and general hospitals take patients of different ages, were published for the first time as the latest official figures showed police cells were used less often last year for children and adults detained under section 136 of the Mental Health Act.

However, of 23,000 incidents in the year to March, 6,000 – one in four – resulted in the person being taken to a police cell. Of these, 753 incidents involved people under 18, of whom 236 were taken into police custody, according to the Health & Social Care Information Centre. The act says police custody should be used only in exceptional circumstances.

“A reduction … is a step in the right direction but if a single child is taken to a police station rather than a hospital when they experience a mental health crisis, that is one child too many,” said Dr Paul Lelliott, deputy chief inspector of hospitals and mental health lead for the Care Quality Commission, the watchdog body that published the maps.

Sarah Wollaston, a former GP and the MP who chairs the health select committee, was critical of institutions for adults that turned away children – some as young as 11. “It’s hard to see how a police cell could possibly be considered a more suitable option,” said Wollaston.

“As a former police forensic examiner, I would suggest that anyone who believes so has probably never spent time in one; they are frightening places, especially at night.

“What message does it send to a child already in a distressed state and at risk?”

The Rethink Mental Illness advice service criticised the number of patients turned away from health units because they were drunk, had taken drugs or were showing “disturbed” behaviour.

“That’s a big problem, as a high proportion of people going through a mental health crisis will also have related drug and alcohol issues,” said Mark Winstanley, the charity’s chief executive.

The issue has raised ongoing concern about poor political concern for and funding of mental health services in England.

“There would be a national outcry if people experiencing a physical health crisis were treated in the same way,” said Lelliott.

Other Stories Connected to this Subject Links: