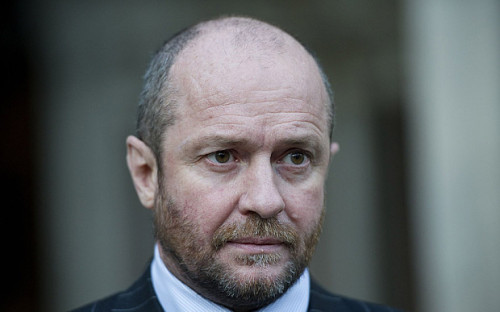 Scot Young, the tycoon who died falling from his fourth storey London flat, had walked out of an NHS mental health unit shortly before his death, it has emerged.

The 52-year-old left the Gordon Hospital in central London hours before he fell from the apartment on Dec 8.

He had been in the hospital since Dec 5, when he admitted himself to the facility, the Daily Mail reported. The hospital’s website says it only admits patients who are in an “acute phase of a serious mental illness”.

James Creed, one of Mr Young’s close friends, said: “He was in a mental home. He was in the same place two years ago, it’s a horrible place.

“He called me when he was there, every day. Then he called me on the Monday and said he was coming out. I don’t know why.”

An inquest into Mr Young’s death was opened and adjourned at Westminster Coroner’s Court on Tuesday. It will resume on Jan 12.

Mr Young, who at his peak was worth an estimated £400 million, claimed to have lost his entire fortune when a vast property deal in Russia, known as Project Moscow, collapsed in 2006.

During a lengthy divorce battle with ex-wife Michelle, he told the court that not only had his entire fortune been wiped out, but he had also been left with debts of £30 million.

Last January Mr Young was jailed after refusing to comply with a court order demanding that he reveal the extent of his assets.

While he had been suffering from depression and had twice been sectioned under the Mental Health Act, friends claimed had found happiness in recent years with his American born girlfriend, Noelle Reno, 30.

A spokesman for Central and North West London NHS Foundation Trust, which is responsible for Gordon Hospital, said it was “investigating his care and his mutually agreed discharge from the ward to home.”

Please leave a comment it is free and helps others !