The Individual Recovery Outcomes Counter (I.ROC) measures recovery rather than symptoms and level of illness – the focus of most existing questionnaires.

I.ROC measures a person’s recovery – the ability to live a meaningful and fulfilling life in spite of mental illness – by asking 12 questions which focus on areas of people’s lives that are known to have an impact on mental health and wellbeing.

These include how much control a person has over decisions that affect them, how much they value and respect themselves, and how much hope they have for the future.

Every three months, each of these 12 indicators of wellbeing is rated by the user on a scale of one (never) to six (always), and plotted on the I.ROC chart.

When the plotted dots are joined together, it gives that person an instant, visual appraisal of their wellbeing and shows them where they can make small, practical changes in their lives that will, over time, add up to sustained and measurable improvements.

It has been developed by the mental health charity Penumbra and Abertay University.

Mandy McLernon, support manager at Penumbra’s Angus Nova Project in Arbroath, said: “Although it can just look like a piece of paper with some lines on it at first, the beauty of I.ROC is that the first one you do is just your baseline so, when you come to fill in your second and third one, you can see – right there in front of your eyes – that you have slowly but surely been making improvements.

“If you’ve scored just a one for something like your social network and how much you take part in community activities, then you can sit down with your support worker and think of ways that you could improve that score.

“The aim isn’t to make a giant leap from a one to a six overnight, but by getting someone to think to themselves ‘how could I get from a one to a two?’ they begin to make small, positive changes in their lives that not only improve their mental health because they’re doing them, but also improve their feelings of self-worth and pride in who they are as a person in and of themselves.

“These feelings of achievement and accomplishment can do wonders for a person’s self-esteem – something that is often lacking in people going through mental health difficulties. People with mental health issues often find it hard to monitor their feelings, but because I.ROC is so visual, it really helps people keep on top of things.”

I.ROC has been created in close collaboration with those experiencing mental health difficulties and those who support them.

It is now used routinely within Penumbra and a number of other organisations across the UK.

Robin Ion, head of the division of mental health nursing at Abertay University, said: “In the past, and in many existing mental health services, there was a focus on cure and not recovery.

“The biological model focusses almost exclusively on treating mental health problems with medication, and there is very little attention given to helping the person to develop strategies for coping with what they are experiencing and to live a good life with or without these experiences.

“But living a meaningful and fulfilling life in spite of mental distress is what recovery is all about – and this is what I.ROC helps people to achieve.

“By looking at the individual in the round, it builds up a picture of everything that impacts on their mental health, both good and bad. It recognises the positives, but also helps identify the areas they need to work on or get help with so that they can improve their own wellbeing. With I.ROC’s help, people learn to cope, and also begin to live fulfilling lives again.”

Robin Ross, who has bipolar disorder, credits I.ROC with helping to turn his life around.

He said: “I’m a trained psychiatric nurse, and when I started out, there was no concept of ‘recovery’ – that you could live a meaningful and fulfilling life at the same time as having a mental illness. It was just accepted that you would always be ill and that you would get progressively worse as time went by.

“So I really had no hope until I came to Penumbra and was introduced to the idea that it would actually be possible to improve my situation.

“And I.ROC has been central to my recovery. When I look at my first I.ROC I did two years ago, and compare it to my most recent one, I can hardly believe how far I’ve come.

“My life was so small back then – you can see that in my chart. I had very low scores for things like my personal and social networks – I had very few friends, I didn’t feel in control of my life, I wasn’t doing anything that made me feel happy, and I was really isolating myself because I had such low self-esteem.” 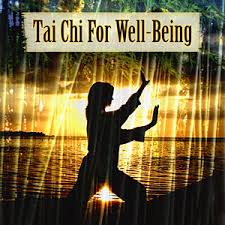 Mr Ross, who lives in Forfar, said the I.ROC has helped pinpoint changes he can make to help improve his wellbeing, such as taking up Tai Chi, and starting creative writing and guitar lessons.

He said: “I filled my life with things I enjoyed, little by little, and it has completely turned my life around.”

Mr Ross, who is still in the recovery process, added: “That’s one of the main things that I.ROC has helped me to work on – how to feel empowered and like I am actually living my life, rather than my disorder.”