Vulnerable 17-year-old, who had history of self-harm, hanged herself after being held in custody for whole weekend 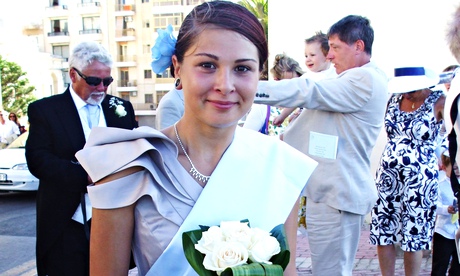 Kesia Leatherbarrow, who killed herself in December 2013 after spending two nights in a police station. Photograph: Guardian

Police officers’ treatment of a vulnerable 17-year-old who hanged herself after being held in custody for a whole weekend will come under scrutiny on Monday.

The inquest into the death of Kesia Leatherbarrow, who had a history of self-harm, is expected to highlight the service’s difficulties in dealing with people who have mental health problems.

Kesia’s death has already prompted ministers to change the law so that those under the age of 18 will no longer be held in police cells overnight.

The inquest, which is scheduled to last five weeks, opens at south Manchester coroner’s court before the area coroner, Joanne Kearsley.

The teenager died in December 2013. She had broken a window trying to enter a residential care home for former substance abusers to visit a friend.

When officers were called, they arrested her and discovered a small quantity of cannabis in her possession. Kesia spent two nights and three days in police custody; a few hours after being released, she hanged herself in a friend’s garden.

It later emerged that Kesia had been kept in police cells despite becoming very distressed, banging her head against the wall and making suicide threats.

Although she was seen in custody by nurses, it is alleged, no formal mental health assessment was carried out, she was not seen by an appropriate adult for more than 16 hours and the police did not contact her mother, health professionals or social services.

Before that, Kesia had spent five weeks in a hospital psychiatric ward for adolescents because her mental health had deteriorated and her self-harming behaviour had become a concern.

In October 2013, she had been arrested for breach of the peace by Lancashire constabulary after she threatened suicide and self-harm. On that occasion,after being kept in a police cell overnight, she was released and later left the family home threatening to take her own life. The police were called and she had to be removed from a motorway bridge by police.

Inquest, the charity that supports relatives in coroners’ hearings, points out that statistics from the Independent Police Complaints Commission show that nearly half – seven out of 15 – deaths relating to police custody in 2011-12 involved those with mental health problems.

Deborah Coles, the co-director of Inquest, said: “This is a very troubling death of a vulnerable child who should never have been locked up in a police cell. Inquest is sadly working on far too many cases involving deaths of children and young people with mental health problems where the very systems that should be in place to protect them have failed.

“This inquest must ensure the most robust scrutiny of all those with responsibility for Kesia’s treatment and care to expose any failings and ensure that no other family has to lose a child in these disturbing circumstances.”

Kesia’s mother, Martina Brincat Baines, said: “We are devastated as a family and we hope that the Inquest will provide some answers to allow us to come to terms with this terrible tragedy.”

Please leave any comments you may have on this story below !