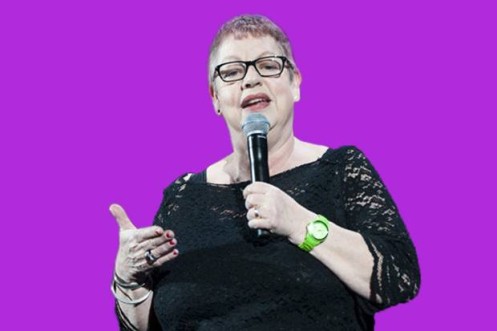 Campaign: Jo Brand said the most vulnerable were being targeted by cuts

Comedian Jo Brand is fighting to save a mental health centre threatened  with closure.

The former psychiatric nurse has written to the Solace Centre  after proposals by Ealing council to axe the out-of-hours unit as part of budget cuts.

Brand is among more than 1,600 people who have signed a petition condemning the council’s plans, warning that the threat of closure was adding to the “fears and anxiety” of those who used the centre. In her letter, posted online, she said: “As a former psychiatric nurse, I gained considerable knowledge of the discrimination experienced by people with mental health difficulties, as if the ill health wasn’t enough to cope with.

“The Solace Centre users have clearly voiced just how important the open door, 365 days a year access, the welcome and acceptance… [are].”

She added:  “It is particularly depressing to me that it is often the most vulnerable that must work the hardest to have their needs acknowledged.”

A final decision on the future of Solace — which has been running since 1992 — will be taken on January 20.

It is the only out-of-hours mental health service in the borough and supports people with conditions such as schizophrenia and bipolar disorder.

Gerald Crossley, 37, has schizophrenia and said the centre helped people like him remain independent.  He said: “We want to stop the council’s decision to rip our community apart.”

The proposed closure follows an announcement by the council that it needs to reduce spending by £96 million by 2019, on top of £87 million in savings already made.

Ealing council said those using the centre would be able to “plan support from other providers” should it close. A spokesperson said: “Further massive cuts to our budget from central government mean we are having to fundamentally change the way we run services.”