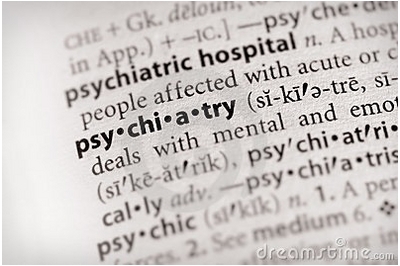 Despite a growing consensus that psychological conditions should be given the same priority as physical illnesses, new figures have revealed that a declining fraction of Scottish Government research budgets are spent on increasing understanding of conditions such as depression and dementia or developing new drugs and therapies.

The findings have led to demands that ministers back up their rhetoric over the importance of helping patients with mental illnesses with action. A recent survey revealed that more than a quarter of Scots have experienced a mental health problem.

In the two years after the SNP won power in 2007, around £7m of Government cash was invested in mental health research. However, last year just £860,000 was spent on projects specific to mental health from a budget of £69m.

In the current financial year, spending fell further with £526,000 so far allocated, the lowest annual total in eight years.

The Royal College of Psychiatrists expressed concern at the drop in investment, pointing out that serious mental health conditions reduced life expectancy significantly in the same way as physical ailments and diseases while mood disorders, schizophrenia, dementia and substance misuse are major causes of disability.

Dr Alastair Cook, chair of the organisation, said: “The Scottish Government has acknowledged the need for equal priority to be given to mental health and physical health but there has been a history of lower spend on mental health research compared to other diseases.

He added: “It is vital that the contribution mental health research can make to improving the general health and well-being of the Scottish population is recognised and matched by action.”

The Scottish Government defended its record, saying it spent £500,000 a year on the Scottish Mental Health Research Network and that any funding decisions beyond that were made by its Chief Scientist Office on a case-by-case basis.

However, Labour MSP Dr Richard Simpson, who has worked in mental health research, said it was the Government’s role to initiate projects that would benefit patients.

“It’s not just about sitting and waiting for funding applications to arrive,” he said. “The Government needs to encourage research. There are plenty of problems in mental health – in children and adolescents for example where the referral rates have increased hugely.

“Unless you have good research and are encouraging that research it does not demonstrate that mental health is a high priority. This is yet another example of the Government’s rhetoric not being matched by their actions.”

The new figures show that while Government spending on mental health research hit £3m in 2007-08 and £4m the following year, it fell to around £1.5m annually over the next three years. Spending rose to £2.3m in 2012-13, before dropping to well under £1m in the last two financial years. A £15m fund to boost mental health services has been announced, although it will focus on delivering services rather than research.

A Government spokeswoman insisted that ministers understood the importance of research in developing effective new therapies.

“Since 2007 we have provided funding of around £500,000 per year for the Scottish Mental Health Research Network to increase the amount of high quality mental health clinical research in Scotland and the number of people participating in mental health research studies,” she said.

“An additional £15 million Mental Health Innovation fund was announced just last month to deliver services, particularly at primary care level, and ensure services are working together to help people who are in distress, or experiencing trauma. Over the next three years it will help people get better help at an early stage of their illness and also improve quality through training and development.”

The spokeswoman added: “Researchers based in Scotland can also apply to the Scottish Government Chief Scientist Office for research project funding. Funding decisions are based on external peer review and the recommendations of the clinicians and scientists who sit on the committees. The amount of funding allocated to mental health research projects will therefore vary from year to year. In addition to this funding, CSO contributes in the region of £10 million per year to allow Scottish-based researchers to apply for funding from the National Institute for Health Research. This is over and above the funding provided by CSO directly.”

Please leave Any Comments You May Have On This Story Below !