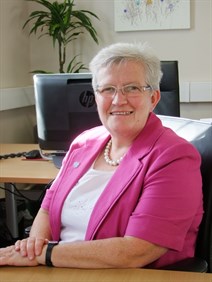 A new chairman of the ambulance service which covers Cumbria has been announced.

Wyn Dignan will take up the role at the North West Ambulance Service NHS Trust (NWAS) following the departure of Mary Whyham, who left in December after serving the maximum term allowed for an NHS chairman.

NWAS is responsible for ambulance cover across Cumbria, Lancashire, Merseyside, Cheshire and Manchester.

The appointment was made by the NHS Trust Development Authority, which oversees recruitment of new directors in the health service.

She said: “I am delighted to join NWAS. It’s an exciting time for ambulance services across the country as they adapt to meet new challenges and new models of care. I look forward to working with the board to build on the excellent work of my predecessor.”

She will take up the post officially on February 1.

If You Have a Comment On this Story Please Leave Below !