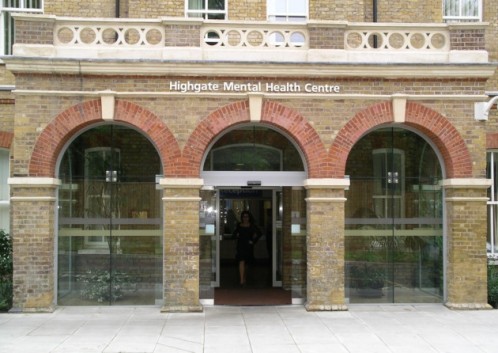 Ms Page, who suffered from psychotic depression and a personality disorder, had attempted to take her own life at the unit once before, the inquest heard on Monday.

Her consultant psychiatrist, Dr Farrah Anwar, told St Pancras Coroner’s Court on Monday: “She had been more ill, there was a time when she thought she was [Moors murderer] Myra Hindley.

He added: “I looked through her notes and there was not much strikingly different about her. But, she decided to end her life, and it is a matter of great sadness.”

However, Dr Anwar admitted that he was prompted to section her shortly before she died, restricting her from leaving the unit unsupervised, because her behaviour had changed.

The day before her death, the inquest heard that clinical support worker Ikenna Oparandu was instructed by a nurse to search her room for any ligatures or ligature points.

Under guidelines, two people should have conducted the search.

However, Mr Oparandu told the jury that he did it by himself because others were busy.

Mr Oparandu did a “proper” search but did not find any ligatures or ligature points, the jury was told.

Ms Page was first admitted to the hospital as a voluntary patient on April 23 following more than a decade of battling mental illness.

In the days before her death, the court heard hat she told doctors she had tried to kill herself weeks earlier but that she “didn’t have the bottle” to go through with it.

The inquest heard that Ms Page believed she was “worthless”.

She had a history of substance abuse and tested positive for cannabis weeks into her stay at the mental health unit.

Her consultant clinical psychologist Dr John Hanna said: “She was out of touch with reality.

If you have a comment to make on this story please leave below !