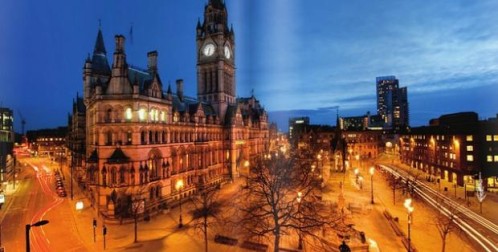 I’ll be at the rally in Albert Square this evening, sending a message to Cameron and Osborne re unfair local government cuts. #ManVCam

The ManVCam demonstration, which is due to kick off at 5.30pm in Albert Square, challenges the coalition government’s cutting of £300million to Manchester services over the last five years.

In November, Manchester City Council revealed that it was proposing to cut £59million citywide in which could see cut backs to mental health care, homelessness services and free travel for school children.

Want too make a difference? Well get to Albert Square today at 5.30pm and let your voice be heard @manVcam

Labour Parliamentary candidate Jeff Smith this morning wrote: “We’re £1million a week worse off because of this than we would have been if we had received cuts at the national average.

“Many services have had to be axed or reduced, and if the Tories are re-elected to government in May, then things will only get worse for Manchester.”

Fight austerity by waving your expensive smartphone in the air #manVcam

The Withington candidate pointed out that Liberal Democrats were also under the firing line, including MP John Leech.

“The Manchester Lib Dems make a big show of protesting at these service cuts, but the fact is that their party enabled reductions in local government funding to be passed in Westminster – and John Leech was one of the Lib Dem MPs who voted for those cuts,” Mr Smith wrote.

“Join me this evening in telling Cameron, Osborne and Clegg that enough is enough. It’s time for a fair settlement for Manchester.”

Leader of Manchester city Council, Sir Richard Leese, was one of the many who used the hashtag #ManVCam on twitter today to show their solidarity.

Terry Christian, who is speaking at today’s event, also spurred on participants on Twitter.

Image courtesy of Duncan Hull, with thanks.

Manchester Users Network will be there !