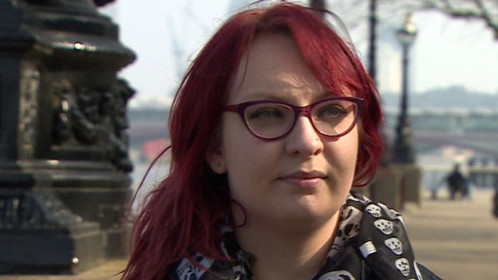 Polly Allen has had depression since she was 17.

Mental health trusts in England have seen their budgets fall by more than 8% in real terms over the course of this parliament, figures suggest.

The reduction, worth almost £600m, was revealed through research by BBC News and the online journal Community Care.

At the same time, referrals to community mental health teams, which help people avoid being admitted to hospital, have risen nearly 20%.

He added: “Mental health care is given through a range of services including the voluntary sector.”

Using Freedom of Information requests, annual reports and other extensive research, BBC News and Community Care compared the budgets of mental health trusts in England in 2010-11 with this year, 2014-15.

Out of 56 trusts contacted, 43 responded – but not all provided data on all areas.

Taking changes to trust structures and contracts into account, analysis suggests trusts have suffered a real terms cut of 8.25% – the equivalent of stripping £598m from their budgets.

Some trusts like Pennine Care and Lincolnshire have seen funding increases, but most have suffered cuts – such as Leicestershire and West London which have seen above average losses.

Data from 34 trusts showed community mental health budgets were cut by 4.9% in real terms during this parliament.

And figures from 29 trusts indicate referrals to those services have increased by 18.5% over the same period.

Freelance journalist Polly Allen has suffered from depression since she was 17.

Last April, the 26-year-old was going through a particularly difficult period. “I was a mess, I couldn’t concentrate, I was having suicidal thoughts,” she says.

Polly approached her mental health trust seeking help but she says they failed to provide it.

“The hardest point was when I went into a deeper level of crisis and my psychiatrist was actually on annual leave which was unfortunate but there was nobody there to cover this workload.

“So for three weeks I was basically in limbo. It was one of the hardest times of my life and I really didn’t want to be here but there was no-one in the psychiatric team who was able to listen.

“The level of treatment that’s given to me wasn’t really enough for my needs.

He said the payment system in the NHS “disadvantaged mental health”.

“That’s why we are taking action, including introducing new standards for mental health services that local areas will have to meet, just as there are for physical health services – this is backed by £80m investment. This week we’ve also announced a £1.25 billion funding boost for children and young people’s mental health.”

Prof Sir Simon Wessely, president of the Royal College of Psychiatrists, said he was surprised the picture was not worse.

“We are being asked to do more with less. We are campaigning and saying that people need to be more open about mental health problems and come forward earlier.

“But when they do, we find ourselves with less resources to treat them and they are getting short-changed.”

Sir Simon welcomed the coalition government’s recent funding announcements, but said messages from the top often failed to be passed down to the people actually making the decisions. 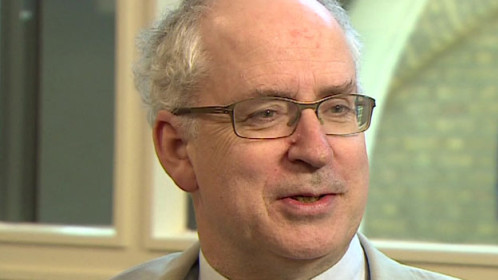 “Meanwhile, many more are being turned away from services when they need them the most, left to cope alone with self-harm and suicidal thoughts.

“The next government will need to hit the ground running on mental health. We need to see a permanent increase in the NHS mental health budget of at least £1bn if we are to reverse the damage caused by years of neglect and recent cuts.”