Suicidal patients who are under observation may be put at risk by relying on inexperienced staff and agency nurses, according to a new report issued today. 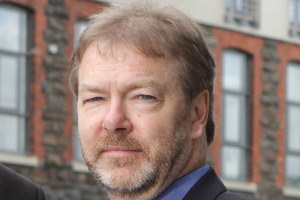 The research team examined the details of all suicides in the UK over seven years under observation. They also conducted an on-line survey for patients and staff to report their experience of observation.

The researchers found that half of deaths examined occurred when checks were carried out by less experienced staff or agency staff who were unfamiliar with the patient. Deaths occurred when staff were distracted by ward disruptions, during busy periods, or when the ward was poorly designed.

One nurse who participated in the focus group said: “Very few nurses really understood what an observation meant. They thought it meant go away, see someone, come back and sign the sheet.”

Professor Louis Appleby, Director of the Inquiry, also leads the National Suicide Prevention Strategy for England.  He said: “The current observation approach is not working safely enough. This is an important part of keeping patients safe, but we found that where deaths occurred, responsibility had often been given to less experienced members of staff. Deaths also occurred when the protocols were not followed. Observation is a skilled task, not an add-on that can be delegated to anyone available.”

The researchers recommend that suicide under observation should be considered an NHS ‘never event’ in England and Wales (or as a serious adverse event in Northern Ireland and Scotland) and should be subject to independent investigation.

The research also found that patients have mixed feelings about observation, finding it intrusive or protective. The process is often unpopular with staff.

One patient who participated in the study said: “You feel like a prisoner. It is so, so traumatic. You don’t feel they care about your welfare – you are seen as causing them an extra burden.”

The National Confidential Inquiry into Suicide and Homicide by People with Mental Illness (NCISH) was established at The University of Manchester in 1996. NCISH collects information on events leading to suicide, homicide or sudden unexplained death (SUD) in mental health patients and makes recommendations for prevention.

Co-author Professor Jenny Shaw said: “Observation shouldn’t just be about watching the patient, but an opportunity to engage with them as part of a comprehensive care plan. New models for observation need to be developed and tested to cut the number of deaths.”

The full report is available here.