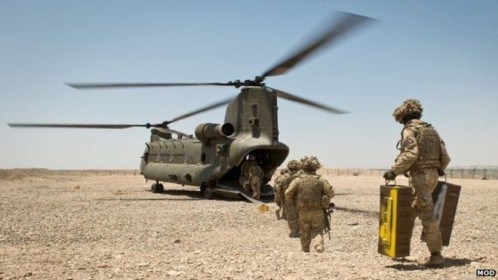 Mental health referrals for ex-servicemen and women have increased by 26% in the last year, says a specialist mental health charity for veterans.

It said an increase in veterans from Iraq and Afghanistan seeking help was the main reason for the rise.

The charity said it wanted to increase its clinical resources to meet the rising demand.

Combat Stress said it believed those who had fought in recent conflicts were now coming forward for treatment sooner, but there remained a stigma surrounding ill mental health.

Dr Walter Busuttil, director of medical services at the charity, said: “We are very concerned at the significant rise in those coming forward with military PTSD.

“It is the biggest increase we have seen in recent years and we expect it to continue so we want to build up our clinical services accordingly.

“The recent Budget announcement of increased funding for NHS veterans mental health services is helping but as the need for specialist treatment appears to be expanding we will we need additional funding and resources.”

Combat Stress currently works with more than 5,900 ex-servicemen and women from all conflicts since World War Two – a figure it said was higher than at any time since it was founded in 1919. The youngest veteran it works with is 18.

Of those the charity works with, 1,185 served in Iraq and 971 served in Afghanistan.

On average it takes veterans more than 13 years from the time they leave military service to seek help from the charity.

Combat Stress helps veterans with conditions such as PTSD, depression and anxiety using a range of measures, from intensive specialist programmes to short-stay clinical treatments.

Funding for the charity’s six-week intensive treatment programme is currently funded by the NHS.