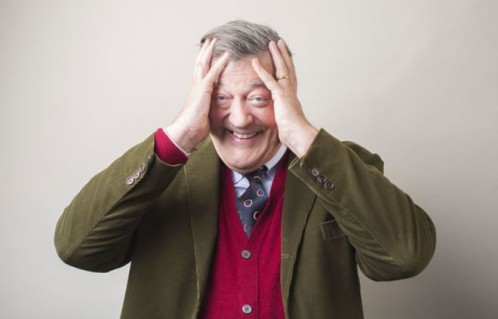 A campaign backed by Stephen Fry has been launched to try to change the type of images used by the media for stories about mental health. But what is wrong with the ones currently used?

A solitary figure, with their head in their hands, more often than not cast in dark, sombre lighting. These stock images, often termed the “headclutcher”, have become a familiar sight in media portrayals of mental illness.

Charities and campaigners have, for many years, lamented the use of such imagery, arguing that people with mental illnesses do not always “look” depressed.

Charlotte Walker, who has bipolar disorder, says these pictures can be harmful, and that images of people in distress have become synonymous with mental illness.

“It’s the only image we see of mental distress,” she says, “unless it’s about obsessive compulsive disorder, in which case you always get someone washing their hands, or self-harm, where you get the obvious. It’s too reductionist.”

She says the “headclutcher” shots also reduce the personhood of whoever is photographed as their face is usually barely seen. “The face is exactly where we should be looking if we want to check how someone we know is feeling,” she says. “Just because they’re not curled in a foetal position under their desk doesn’t mean your colleague isn’t struggling and may need help.” 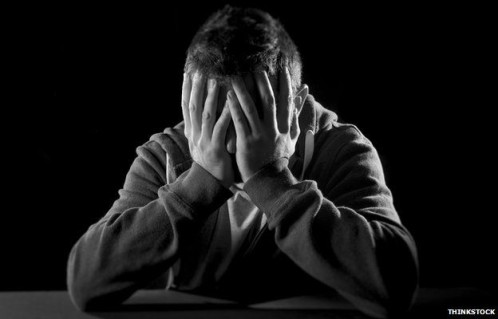 Now a campaign has been launched by Time to Change – an anti-stigma campaign run by mental health charities Mind and Rethink Mental Illness. They want to change the way mental health stories are illustrated in the media, and have called it Get The Picture.

“One in four of us will have a mental health problem in any year – and our responses are very, very varied – we don’t all spend our time slumped in a corner with our heads in our hands,” says Sue Baker, the director of Time to Change.

Research conducted by the campaign group found that 80% of the 2,000 respondents said the “headclutcher” image didn’t convey how it feels to have a mental health problem.

But Adam Goldberg from the stock photo agency Alamy says the “headclutcher” is an example of the complex decision-making processes journalists have to make when choosing how to illustrate a story.

“It’s extremely difficult to illustrate internal feelings,” he says. “If there is a story about somebody with depression the reader is not going to expect to see somebody smiling, for example. While typical images around mental health may be reductionist, it means the reader needs less clues to know what the story is about.”

Stock photos are commonly used to illustrate a story or idea, Goldberg explains. They are often posed images using models. 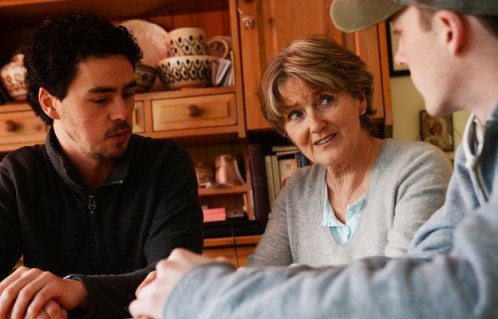 Goldberg says that time is also an issue for journalists when it comes to stories about sensitive issues such as mental health. “Our clients often need images straight away; we’re talking minute-by-minute turnarounds here,” he says. “Sometimes there just isn’t the time for every journalist to have an editorial discussion about what pictures are used.” 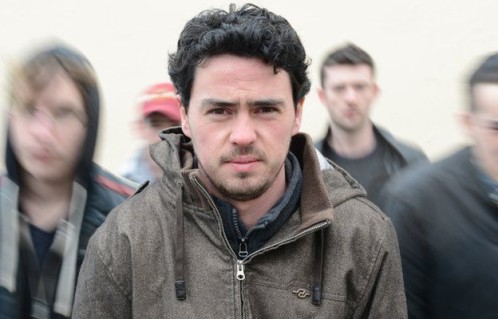 As a result of the campaign, Time to Change has released a series of pictures, free to use by the media via photography company Newscast, that they feel more accurately portrays mental health, and are easy for journalists to access.

They include images of people, all of whom have experienced mental health problems at some point, doing everyday activities, talking, or sensitively shot anonymous pictures, showing more of the face than usual. 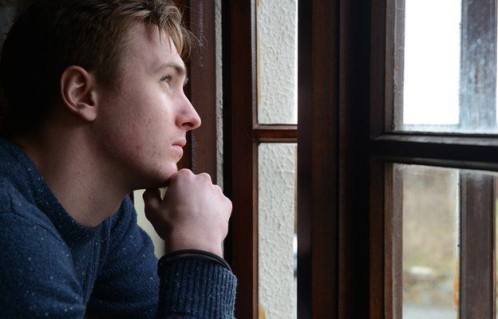 The images are more sympathetic to mental health issues, Time to Change say

The campaign has received the backing of the UK Picture Editors Guild, which is just as keen to see some fresh, realistic and more positive images associated with mental health problems. The UK Picture Editors’ Guild Chairman, Alan Sparrow, says their members can have a powerful effect on the portrayal of mental health problems via images in the media. It is the first time in 40 years that the Guild has supported a charity campaign.

Ultimately, the campaign hopes to end stigma around mental health, and says that imagery is one step towards achieving that.