By Sophie Hutchinson Health correspondent
From the section Health 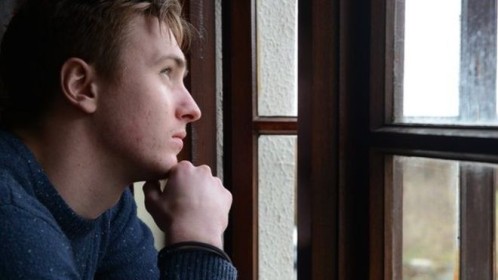 Mental health trusts in England are forecasting significant cuts to their funding over the next four years, figures seen by the BBC suggest.

The forecasts were submitted to regulators last summer – before extra money was promised in the last Budget.

But NHS England said accurate predictions could not be made until a new government set out spending plans.

The revelations come despite promises in recent years that mental health will be treated on a par with physical health services.

The figures seen by the BBC are from five-year plans submitted by 41 mental health trusts setting out what they expect their financial position to be in the coming years.

But since then, extra money – £250m a year over the next five years – was promised as part of a mental health announcement made in the Budget.

But experts said the findings were still worrying. Anita Charlesworth, chief economist of the Health Foundation, said the cuts would pile more pressure on services that were under strain.

“What we are seeing is potentially real-terms resources falling, against a backdrop of growing need and already real concerns about whether there is the quality of care. And that’s not just a human imperative, but there’s a big economic cost to poor access to mental health services.”

But a spokeswoman for NHS England said it was not possible to forecast what spending on mental health services would be until the new government’s spending review later this year.

She also pointed to figures showing that overall mental health spending had actually risen from £11.36bn in 2013-14 to £11.66bn last year, which amounts to a small rise once inflation is taken into account.

This includes spending by both mental health trusts and other organisations, such as mainstream hospitals and community services, which provide mental health care.

Investing more in mental health has been mentioned by the Conservatives, Labour, the Liberal Democrats, the Greens and UKIP during the election campaign.