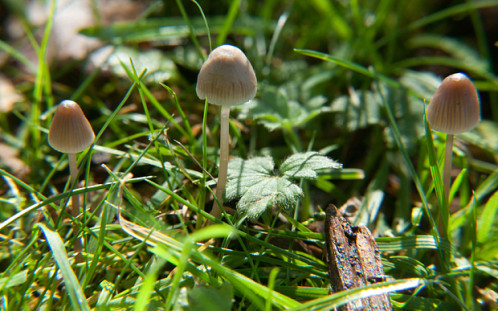 Magic mushrooms and LSD should be legally reclassified so they can be used to treat common mental health problems, a leading psychiatrist has said.

James Rucker, honorary lecturer at the Institute of Psychiatry, said legal restrictions should be lifted on psychedelic drugs, which could provide an effective treatment for anxiety and addictions.

Writing in the BMJ, he said legal restrictions imposed on the medical use of psychedelic drugs, such as LSD and psilocybin, the compound found in “magic” mushrooms, make medical research into their benefits almost impossible.

Dr Rucker said the drugs “were extensively used and researched in clinical psychiatry” in the 1950s and 1960s, with trials suggesting they could provide “beneficial change in many psychiatric disorders”.

However, research ended after 1967, when the drugs were prohibited, and legally classified as schedule 1 class A drugs – that is, as having “no accepted medical use and the greatest potential for harm, despite the research evidence to the contrary”.

As a result, the drugs are more legally restricted than heroin and cocaine.

The classification makes it almost impossible to carry out studies on the drugs, he says, with licenses too expensive for most institutions to afford.

In the UK, to hold a schedule 1 drug, institutions require a license, which costs about £5,000.

Only four hospitals currently hold such licenses, which come with regular police or home office inspections and onerous rules on storage and transport.

Dr Rucker said the rules mean that clinical research involving psychedelics costs at least five times as much as studies involving drugs such as heroin, which are more harmful, yet less restricted.