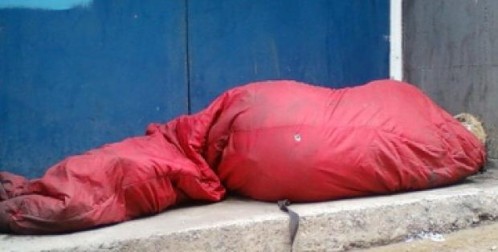 A charity spokesperson said: “The number of people sleeping rough in Greater Manchester has risen by nearly 50% cent in a year according to council statistics.

“However, we’re aware that these yearly audits – conducted one night a year in well lit areas – don’t show a true reflection on how many homeless people there are in Manchester.

“In Manchester, the council and homeless link say that the figure was up 79% from 24 people to 43 people, meaning that the city now has more rough sleepers than anywhere outside London.

“We know that there’s actually around 230 people sleeping rough in Manchester.”

The charity believe that a number of factors have caused the rise of homelessness in the city and that more needs to be done to prevent it.

“Benefit sanctions and evictions have led to a rise in rough sleepers across the region,” they said.

“There’s people being criminalised because of homelessness and sent to privatised prisons with no support upon release. We simply need intervention.

“These people need tangible housing and ‘wrap around support’ instead of the council stripping the essential funds from homelessness & mental health initiatives.”

Manchester’s Booth Centre, which provides advice, activities, training and hot food for the homeless and those at risk of homelessness, said it sees around 170 people a week – a third more than two years ago.

Amanda Croome, Manager of the Booth Centre, said: “The figures don’t surprise us.

“The increases we’re seeing across Greater Manchester, we see on a daily basis.

Image courtesy of Deadly Sirus via FlickR, with thanks.