Patients faced journeys of up to 370 miles for beds in 2014-15 as local services struggled to meet demand, Community Care research finds 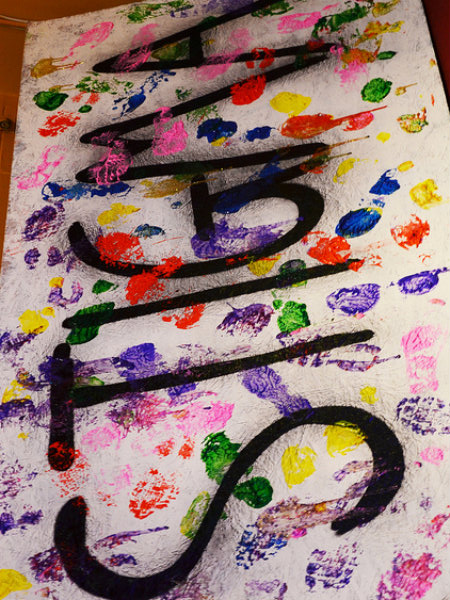 Figures obtained under the Freedom of Information Act from two-thirds of England’s 56 NHS mental health trusts show that 4,447 patients were sent to hospitals outside of their local trust’s catchment area in 2014-15, a 23% rise on the 3,611 patients sent elsewhere in 2013-14. Some patients faced journeys of more than 300 miles for a bed.

Trusts turn to out of area hospitals when their own beds are full or where a patient needs specialist services, such as eating disorder units, that are not available locally. Local bed shortages, not specialist clinical need, accounted for 88% of the patients sent out of area in 2014-15, the figures show.

The total bill for the out of area beds, which trusts often purchase from private providers, rose from £51.4m to £65.2m, among 29 providers that held cost data. 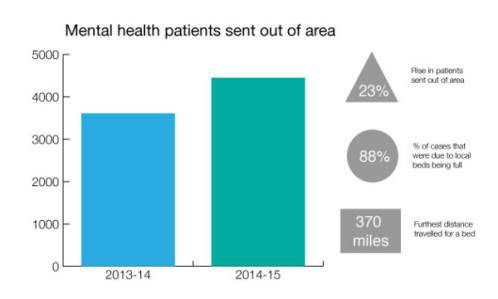 The figures mark the third year in a row trusts have reported an increase in use of out of area beds. An analysis by Community Care and BBC News published last May found the number of patients sent away for care doubled between 2011-12 and 2013-14. At the time, ministers said it was “unacceptable” if patients were being sent “hundreds of miles” for beds.

More than 12 months on and lists of out of area hospitals used by trusts reveal that patients were sent long distances for beds in 2014-15. Journeys included:

Social workers accused the government and NHS England of showing a lack of urgency to address the situation despite evidence that bed shortages could be “dangerous” for patients.

At least seven suicides and one homicide have been linked to problems accessing beds since 2012.

The death of one patient who had waited eight days for an urgent admission prompted a senior coroner to write to health secretary Jeremy Hunt in December 2013 urging him to address issues with bed availability. Hunt’s reply said “it should already be the case” that beds are available for those who need them.

Care minister Alistair Burt has said that mental health is “a priority” for him and the Conservative government. The Department of Health was invited to comment on our findings.

For the past two years NHS England’s mandate from government has included an expectation that “rapid progress” will be made to improve mental health crisis care.

In a statement, NHS England acknowledged that the distress out of area placements could cause patients was “unacceptable” but said the introduction of the first waiting time standards for mental health services from next April “will mean fewer patients need to travel far afield for care” in the future.

The mental health waiting time standards, hailed as a landmark development for the sector, will apply to two services – talking therapies and early intervention in psychosis teams. The government rejected proposals to introduce a four-hour waiting time target for urgent mental health crises, a target which would have mirrored A&E standards.

‘My admissions have got further and further away’

Sending patients out of area also isolates people from their support networks, including friends, families and local care teams.

Daniel Gillan, 40, from Margate, Kent has suffered from mental health problems since he was 18. In the midst of a mental health crisis in late 2013 he was sent to a hospital in Weston-Super-Mare in Somerset, 226 miles away.

When he had to be admitted to hospital last month, there were no local beds available again. This time, he was sent to Manchester – 281 miles away.

“The problem is my admissions have got further and further away from Margate as time goes by,” said Daniel. “If the beds are full here, the next closest bed that becomes available is the bed you’re going to get. The closest bed in my case was Manchester.”

The distance meant that neither family nor friends were able to visit.

While some mental health trusts, such as Oxleas NHS Trust and South London and Maudsley NHS Trust, managed to reduce their use of out of area beds last year, most have increasingly had to transport patients to other parts of the country.

A system under strain

The growing dependence on out of area beds is the latest evidence of the strain on England’s mental health system.

More than 2,100 psychiatric beds closed between April 2011 and November 2014. The closures were partly a drive to shift more care into the community and partly a result of mental health trusts having to make year-on-year cost savings. Funding for trusts fell around 8% in real terms over the course of the last parliament.

The funding shortage comes at a time of rising demand for mental health care. Referrals to community mental health teams and home treatment teams – both key services to keep people well and out of hospital – rose 20% between 2010-11 and 2014-15.

Meanwhile official figures show Mental Health Act detentions, which professionals say is an indicator of the level of illness in the system, hit a record high in 2013-14, the most recent year for which data is available. Figures for 2014-15 will be published in October.

A series of high profile reports exposing problems with bed availability led the Royal College of Psychiatrists to set up a commission on acute care. The commission’s interim report, published today, acknowledged bed closures “may have gone too far” but concluded that delayed discharges and a lack of community alternatives to admission – not bed closures – were the key drivers of the pressure on beds.

“The biggest thing is to get some people in beds out of them,” said Lord Crisp who is chairing the inquiry.

However, Healthwatch England has previously raised concerns that some patients have been discharged too early due to the pressure to free-up beds. Experts have warned that mental health patients are at the highest risk of taking their own lives in the first two weeks after being discharged from hospital.

The review, which reported in March 2015, identified bed availability as an issue and found that bed closures and greater pressure on community teams may have led to patients being “moved through the care pathway” more quickly than before. Similar concerns have been raised nationally. The trust also identified one self-harm incident directly linked to bed availability in the past year.

“We are committed to building modern services which should ensure shorter lengths of stay with high quality care, but the biggest single problem we face is that the funding we receive does not reflect the complexity of the patient’s needs that we serve,” he said.

Derbyshire Healthcare recorded seven incidents where patients could not be admitted due to lack of a bed in 2014-15, and three incidents the previous year. A trust spokesman said the incidents involved cases where no bed could be found due to patients either refusing to go out of area or having legal restrictions on where they could be placed.

Any patient sent home due to no bed being available would receive intensive home treatment support and given priority for the next available bed, the trust said.

‘A lack of urgency’

Faye Wilson, chair of the British Association of Social Workers’ (BASW) mental health forum, said that the financial pressure on trusts led to some closing beds without evidence that their community services could cope with the inevitable extra demand.

“We definitely need improvements in community options but we must also have an honest discussion of the complexity of need out there. Some people will need beds. This situation of sending more and more vulnerable people all over the place for beds is now almost accepted as normal.

“It should not be normal. It is a national disgrace. It is dangerous and it wouldn’t be acceptable for other health crises,” she said.

Paul Farmer, chief executive of charity Mind, said the rise in out-of-area placements was a symptom of a mental health system “in dire need of significant investment in the right services”.

“It is unacceptable that so many people are being driven hundreds of miles away from their loved ones in search of a hospital bed, at a time when they are often scared, vulnerable and most in need of the support of family and friends and familiar surroundings,” he said.

Farmer said that the action plans drawn up by local areas as part of the government’s crisis care concordat – its flagship policy to improve crisis care – had to be implemented properly over the next year.

“A mental health crisis is an emergency just like a physical health emergency and we should no longer be prepared to tolerate a second rate service for either,” he added.

Dr Martin McShane, NHS England’s director for people with long term conditions, said: “We are determined to improve mental health services and address the distress and unwarranted costs associated with out of area placements which are unacceptable.

“This is why we have set up a mental health taskforce to establish a clear plan for the next five years. We have already announced the first waiting times and access standards in mental health for both psychological therapies and early intervention for psychosis; these measures will mean fewer patients need to travel far afield for care.”