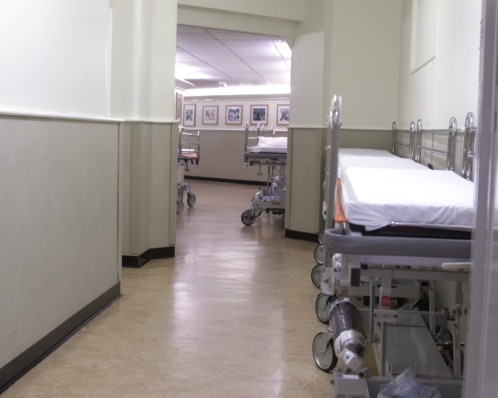 The interim report from the Commission on Acute Adult Psychiatric Care found that 92% of consultants in the 122 acute wards surveyed said they treated patients who could have been treated elsewhere if other services had been available.

The commission was chaired by Lord Nigel Crisp, a former chief executive of the NHS in England and permanent secretary of the Department of Health from 2000-06.

One in every six patients was also reported to have been clinically well enough to be discharged but could not – mostly because of a lack of suitable housing.

Each ward reported an average bed occupancy rate of 104% while some ranged as high as 147%, with most of them operating above the Royal College of Psychiatrists’ recommended 85% occupancy rate.

Two in every five consultants claimed there were not enough beds and nearly 30% believed there would be enough beds if improvements were made in other services.

The main contributing factors were found to be availability of housing and quality and resourcing of community teams.

The crucial role of housing in recovery is hampered by the fact that only 59% of mental health patients under the Care Programme Approach were said to be settled in accommodation.

The report says: “Looking behind the figures, there is a large number of individuals who are in pain and distress and whose suffering also affects their families and communities. Evidence from patients, carers and staff is that not all are receiving the care they need.”

Lord Crisp told the BBC: “There is undoubtedly a problem with finding beds for some patients, and the commission has heard awful stories of people having to be moved many miles from their homes in order to find the care they need.

“However, as our survey and other research shows, this appears to be largely due to there being significant numbers of patients ready for discharge but with nowhere else to go and others who have only been admitted because there weren’t suitable alternatives for them outside hospital.

“Inpatient services play a vital role in mental health and the commission has been impressed by the determination and skills of many staff who care for patients within these wards. However, it is essential that these important services are used as effectively as possible.”

The remit of the commission, which was set up by (but independent from) the Royal College of Psychiatrists, was limited to England and Northern Ireland.

A consultation has been opened on the commission’s findings, with a deadline of 1 September for comments.

Summary of findings from patients, carers and staff

Tell us what you think – have your say below or email opinion@nationalhealthexecutive.com