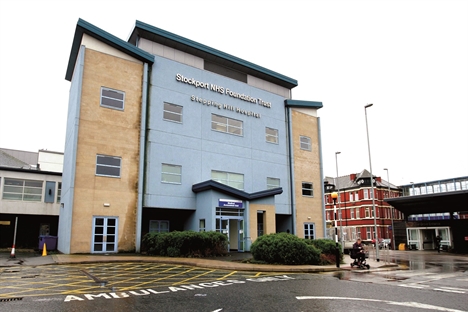 Manchester Royal Infirmary, Salford Royal, Royal Oldham and Stepping Hill have been unanimously chosen as the four ‘specialist’ hospitals in Greater Manchester as part of the ‘Healthier Together’ hospital reconfiguration.

The four locations were amongst 10 regional hospitals in the running to become ‘super hospitals’.

The scheme, three years in the making, is also now a major component of the region’s £6bn health and social care devolution agreement reached between chancellor George Osborne and local officials in February. 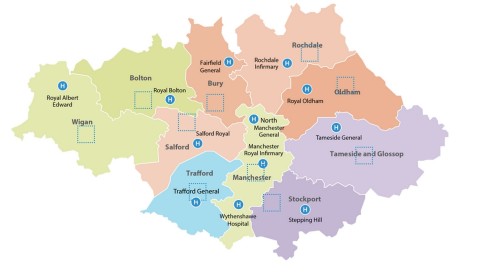 The 12 doctors in charge of making the decision on Wednesday (15 July) said there were no “winners or losers” in this decision and said the scheme would benefit all hospitals.

Senior responsible officer for Healthier Together, Ian Williamson, said: “This is not a judgment on the quality of care provided in hospitals. The decision is about the best geographical location of services to serve our patients. Instead of winners and losers we believe the whole population will be winners because these proposals will save 300 lives a year.

“Decisions today are not the end of the process – we will not save the lives we are aiming to without excellent implementation.”

The benefits will partly arise from 35 extra consultants being recruited across A&E and general surgery as part of the reconfiguration, with a minimum of 12 hours of consultant coverage in A&E in a seven-day week.

As a result, patients are expected to be diagnosed faster in A&E and will be discharged more quickly post-treatment.

A consultant and anaesthetist will also be present at all high-risk surgeries.

The scheme has proven fairly controversial in the past, with more than 100 consultants at a major Manchester hospital claiming that centralising emergency services would have a detrimental effect on other services.

The Medical Staffing Committee at Wythenshawe Hospital, which had been bidding to becoming a specialist hub, had objected to the plans endorsed by the chief executive of the University Hospital of South Manchester NHS Foundation trust.

Trust chief executive Attila Vegh, who has previously spoken to NHE in detail about the proposals, said he was “disappointed” that Wythenshawe had not been chosen.

Other objectors claim that some patients will have to travel further to receive treatment now that emergency services will be centralised.

However Dr Chris Brooker, medical director at Healthier Together and consultant at Salford Royal’s emergency department said: “It has been my experience in major trauma, stroke and heart attack patients that people actually accept travelling a little further on those once-in-a-lifetime occasions when they really need that specialist care.

“What we must do though is make sure that the majority of care is still delivered locally and to a better standard than it is now.”

Some MPs are also saying that people’s lives will be put at risk by this re-organisation of services.

Blackley and Broughton MP Graham Stringer said: “This is a deeply flawed account. It makes promises it can’t keep on the future of hospitals and there is no doubt that the proposals, if carried, present a danger to North Manchester General Hospital.

“It is certainly a slippery slope when you start taking doctors and services away from a hospital.”

Wythenshawe & Sale East MP, Labour’s Mike Kane, said: “After the downgrading of the Trafford A&E and the closure of the walk-in centre at Wythenshawe town centre, we were told those services would be moving to Wythenshawe. Unfortunately, it looks like that through Healthier Together, that we may be having a downgrade. That is not right.”