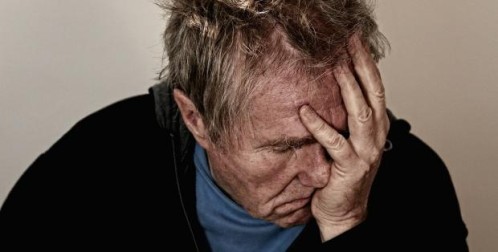 More than a thousand men in the care of mental health services are committing suicide every year, a report by The University of Manchester reveals.

Suicides amongst male metal health patients have increased by 29% since 2006 – up to 1,239 a year – according to the report published by the university’s National Confidential Inquiry into Suicide and Homicide by People with Mental Illness (NCISH) today.

The largest rise in suicide rates was seen in middle-aged men, between 45 and 54-years-old – an increase of 73%.

“The problem is not simply that they don’t seek help – they are already under mental health care – so we have to understand better the stresses men in this age group face.”

Alcohol and economic factors such as job loss and debt are suggested as possible contributing factors to the rise in suicide rates in the report.

The NCISH paper, commissioned by the Healthcare Quality Improvement Partnership as part of the Clinical Outcome Review Programmes, also highlighted the rise in deaths among patients treated under Crisis Resolution or Home Treatment (CR/HT) services, introduced as an alternative to in-patient admission.

Suicides under CR/HT are now three times more common than suicides in mental health in-patient settings in England, with an estimated 226 deaths in 2013.

The number of suicide deaths following discharge from an out-of-area in-patient unit has also risen.

Professor Appleby, who is presenting the findings of the report to health professionals, patients and carers at a launch event, insisted that the safety of acute services be reviewed.

He said:  “Our findings follow reports of fewer mental health beds in England and suggest that this has affected the safety of home treatment for patients who might previously have been admitted.

“Commissioners and providers should review the safety of their acute services.

“In particular, admissions of acutely ill people out of area should cease as they are likely to make care planning more difficult and increase suicide risk on discharge.”

The most common type of drug taken in fatal overdose by mental health patients is now opiates with 141 deaths in 2013 across the UK and a total of 1,215 suicides over the study period.

In nearly half of these deaths, the source of opiates is prescription, mainly for the patient, though sometimes for someone else.

Those who died by opiate poisoning were more likely to have had a major physical illness.

Professor Navneet Kapur, a report author, said: “Healthcare professionals should be aware of the risks from opiate-containing painkillers.

“Patients’ access to these drugs should be checked and prescribing should be monitored to reduce the risk of accumulating large quantities at home.

The risk of suicide might have been reduced in 14% of cases if the mental health care services had involved the patients’ families more, according to staff.

That means a total of 2,338 deaths over the whole study period could have been avoided – and for homicide the figure was higher at 18%.

Professor Jenny Shaw, a report author, said: “Our findings suggest that families are an under-used but vital resource to reduce suicide and homicide.

“Services should work closely with families when preparing for hospital discharge and drawing up crisis plans.

“They should be more prepared to listen to a family’s concerns and share information with them about a patient’s risk.”

Image courtesy of Geralt, via Pixabay, with thanks.