In what is  believed to be the first study of its kind, new research has revealed the omega-3 fatty acids found in fish oil may be effective for reducing the risk of psychosis. 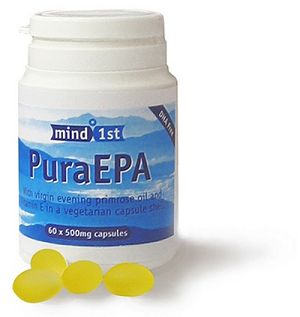 The use of fish oil has long been in the public eye and has been heralded by some as an essential component of our physical wellbeing, but can it also improve our mental health?

A health survey conducted by the National Institutes of Health (NIH) found fish oil was the most popular natural product used by both adults and children in 2012. Last month, a study found Americans spend roughly $1.2 billion each year on fish oil pills and supplements.

This study follows on from the research team’s previous work in 2010, in which they first focused on how omega-3 affects the development of psychotic disorders.

Study author Prof. Paul Amminger, from the University of Melbourne in Australia, and colleagues analyzed participants aged 13-25 years old who were deemed at risk of developing psychosis and schizophrenia. 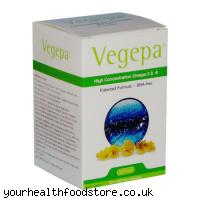 A total of 81 individuals took part in the randomized and double-blind trial; 41 were assigned to take a 3-month daily course of fish oil, with the remaining group taking a placebo.

After the 3-month intervention period, all participants were monitored for another 12 months. At this point, 76 of the 81 participants had successfully completed the study, and it was found only two of the 41 individuals in the group taking fish oil had transitioned to a psychotic disorder.

In contrast, the figure for the placebo group was much higher, with 11 of the 40 participants going on to develop a psychotic disorder.

Only 10% developed a psychotic disorder within 7 years

Now 7 years from the original study, results revealed the majority of the individuals who undertook the fish oil still did not show signs of a psychotic disorder.

Speaking to the The Guardian, Prof.Amminger hopes the study may offer an alternative treatment for psychotic disorders. He says:”Schizophrenia is a major cause of disability, but early treatment has been linked to better outcomes.

Our study gives hope that there may be alternatives to antipsychotic medication.”

One possible limitation of the study is the relatively small sample group utilized by the researchers. Due to this, further analysis into subgroups was restricted.

The study concludes by saying fish oil “may offer a viable longer-term prevention strategy with minimal associated risk in young people at ultra-high risk of psychosis.”

More Links Below On Fish Oils:

Why The MunReporter recommends Only Two Companies, when it comes to understanding Fish Oils!