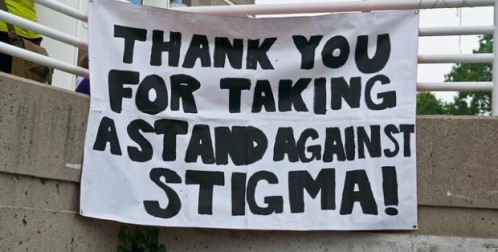 The play is aimed at raising awareness but more importantly to act as a stepping stone for members of the public to come forward for help.

Saiqa Naz, a therapist from Healthy Minds, hopes that the play will stir enough emotion in people to encourage conversations with clinicians that will be on immediate standby for a free assessment.

She told MM: “There’s a stigma attached to our mental health, so people are less likely to seek help and that’s what we’re trying to tackle.

“So we have to normalise sometimes what they’re feeling and make it clear that it is quite common to experience depression and anxiety, and that’s our message.

“It’s okay to come and seek help, so if we can’t work with you then we’ll find someone else we can refer you to.” 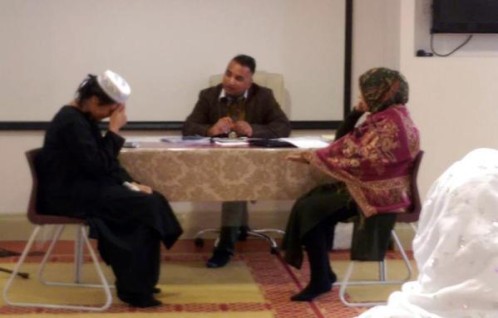 Our #Rochdale team are taking to the stage. Catch them on 10 Oct in the town centre: http://socsi.in/YfwzV  #WMHD

The staff have also delivered the play in Urdu, which has helped them to explain the service to community groups in Rochdale whose first language is not English.

She said: “In Rochdale, a quarter of the population are Pakistani, but they’re underrepresented in our service.

“So, if you’ve got the language skills it’s about utilising the skills to engage that particular community.

“This is so important, especially considering that statistics show Black and Minority Ethnic groups living in the UK are more likely to be diagnosed with mental health problems.

“And may not fully understand the range of support available. Most of the time they don’t seek help until they become really poorly.

“We have to think about ways to access these communities. We did it at a mosque before, and the majority entered themselves into the service, so it was a great success.”

The play will form part of a programme of events taking place in the town centre throughout the day, which has been organised by mental health charity Mind to mark World Mental Health Day.

Saiqa believes that the use of theare in translating the effects of mental health is a more useful way to attract people that aren’t necessarily literate.

She explains the story: “The play is about a young man called Imran who is depressed. He’s looking at getting help and his mum isn’t quite sure how to help him.

“His friends are giving him joints and alcohol to cope with it, and all the people often engaging with these types of behaviours are not always helpful.

“So the point of the story is that there is an alternative to managing your mood rather than smoking, drinking, taking drugs.

“It’s to encourage people to see their GP because there is help out there.”

Members of the public are invited to stop by to watch the performance, due to commence at 1pm in a large marquee close to the bus station and Metrolink station.

Healthy Minds is delivered by Pennine Care NHS Foundation Trust and provides a range of treatment and support options to anyone aged 16 or over, living in Heywood, Middleton or Rochdale.

Anyone experiencing a common mental or emotional health problem such as low mood, stress or anxiety, can contact the service directly by filling in a short questionnaire, or calling the team on 01706 261940

Image courtesy of Steven Depolo, with thanks.

The Healthy Minds team have performed the play for various community groups across the Rochdale borough.