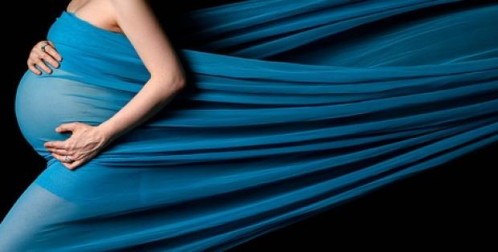 Scroll through the pages of Mumsnet and you’ll find pages filled with mums (and mums-to-be), each seeking assurances that their feelings are valid.

It’s perhaps no surprise that there are so many threads dedicated to mental health on the forum when you consider the recent statistics released by The Baby Show, which revealed that almost a quarter of new mums suffer from postnatal depression.

What is most concerning is that over half of those women didn’t feel like they received the support they needed during their illness.

In Manchester, the conversations that the women of Mumsnet are having have never been more relevant.

The Care Quality Commission released a damning report on Manchester’s Mental Health and Social Care Trust, stating that four out of five areas were deemed to ‘need improvement’, at the start of last month.

Just a few weeks later, the Trust was deemed ‘no longer viable’ and talks will soon take place to consider what should replace it.

Simultaneously, the government revealed that Manchester’s mental health services will be hit with £1.5m worth of cuts, set to hit patients who aren’t considered to be ‘high risk’ – those with depression are included in that category.

Amongst the users of Mumsnet is Kitty Tompsett, a mother of a three-year-old, who had pre-existing mental health problems before she became pregnant, including rapid cycling bipolar II, binge eating disorder and anorexia.

Despite receiving cognitive behavioural therapy and taking medication in order to work through her problems, when Kitty became pregnant she also became ill with antenatal depression.

Kitty was able to see a dedicated perinatal mental health nurse however she described the support she received as ‘basic and pretty mishmashed’.

She told MM: “I didn’t get the hospital visit from the perinatal mental health nurse that I was supposed to have to check I was not manic.

“At none of my midwife appointments was I routinely questioned about my mental health, despite it being flagged clearly in my notes. My husband was quite shocked.”

Fortunately, Kitty had a partner and mother who understood her problems and she was able to recognise her own triggers when it came to anxiety and depression.

For many others, she noted, this isn’t the case.

“Looking back I can now see how easy it would have been for me to slip through the cracks if things had gone wrong,” she said.

“The fact that it was all reliant on self-referral makes it tricky as it is an illness that often won’t let you believe you are ill.”

Even the somewhat imperfect support that Kitty received isn’t available for every mother.

In Manchester there is the Psychiatric Referral, Assessment and Management of Mothers and Babies Service (PRAMMBS) – but access is limited and this one centre serves the entirety of the North West.

The number seems surprisingly low in light of The Baby Show statistics, but the specialist care that PRAMMBS offers is only available to those with conditions that are considered to be severe.

Dr Dawn Edge, a senior lecturer within The School of Psychological Sciences in The University of Manchester, told MM that specialist mental health care for mums is ‘patchy’ and whether or not care is received can depend on the ‘postcode lottery’.

The effects for those who aren’t allowed access to these services can be devastating.

She said: “It isn’t just bad for the mother; it can have lifelong consequences for the child.

“Mothers with depression can cause children to be predisposed to depression. There are also longer term physical and psychological problems, such as a susceptibility to cardiovascular disease.

“Postnatal problems can affect the vital bonding that occurs during the first few days of a baby’s life. A lot of that interaction teaches babies about social cues.”

Dr Edge goes on to tell me that for black and ethnic minority groups there’s even less chance of support for new mums.

She found that ‘BME women’s greater exposure to psychosocial risks, coupled with inferior access to care, might increase the likelihood of their needs remaining unrecognised and/or unmet’ in a study she conducted in 2011.

As Dr Edge attempts to raise the voices of women from minority backgrounds, Mark Williams will be heading to Salford to discuss another much neglected topic of conversation – the mental health of dads.

Mark is the co-founder of Dad’s Mental Health Matters and will be using his own story as he visits rugby clubs around the country to raise awareness for Movember and mental health.

Mark ‘suffered in silence’ in 2004 when he had his first panic attack at the birth of his son, believing that his wife and child were going to die. Not long after, suicidal thoughts began to cross his mind.

His problems resurfaced in 2010 after a series of family illnesses. He now knows that he had suffered with post-traumatic stress disorder, sparked by his intense reaction to his son’s birth.

He told MM: “I hadn’t dealt with the issues prior to that and I had a breakdown.

“Fathers do get depressed in the first year as well as leading up to the birth.

“They have the same kind of thoughts as the women – am I going to be a good father? Am I going to bring enough money in?”

Mark’s experience is not unique, with the National Childbirth Trust revealing that 38 per cent of fathers worry about their own mental health.

For Mark, the answer lies in both raising awareness in order to break mental health stigma, and investing in early prevention.

“In 2010 I was told to go to the GP, who gave me Citalopram and put me on a counselling waiting list,” he explained.

“I never had a phone call for counselling. I went private. If I’d known what I’d known now I would have gotten help in 2004, but I was uneducated.

“I think if the government invested in early prevention it would save money in the long term.

There are economic reports to back up Mark’s beliefs.

The London School of Economics released statistics in 2014 stating that perinatal depression, anxiety and psychosis carry a total long-term annual cost to society of about £8.1billion.

Whilst Mark heads to testosterone fuelled sports clubs to spread his message, Mumsnet ticks on.

The forum is often sneered at, seen as the domain of the suburban stay at home mother with too much time on her hands – but it’s here that women have created communities of support for when other services are inaccessible.

One user wrote: “I suppose what I really wanted was to chat to others here who are going through it – it’s not easy to chat to people when you are feeling tearful and down, and doing it this way is easier for me.”

For now, as the future of Manchester’s mental health service remains uncertain, mums and dads must continue to hold each other up – online, when they can’t be there in person.

Image courtesy of David Veksler, with thanks.